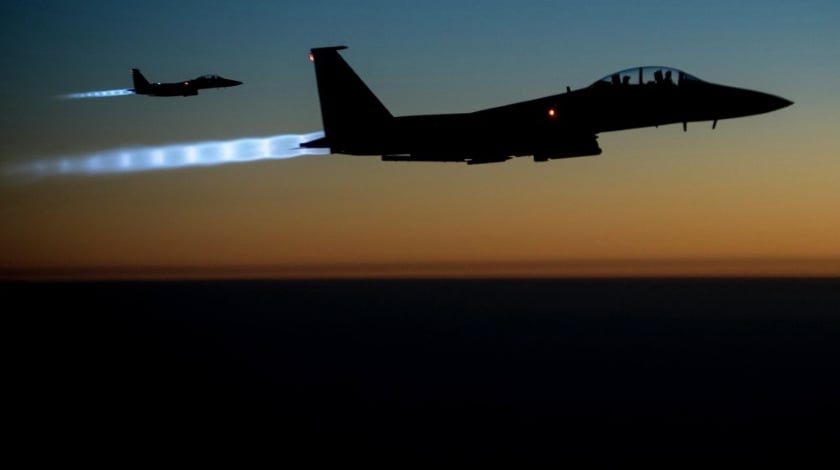 Officials reported details of the latest strikes, noting that assessments of results are based on initial reports.

Bomber, fighter, ground attack and remotely piloted aircraft and rocket artillery conducted 12 strikes in Iraq, coordinated with and in support of Iraq’s government:

Task force officials define a strike as one or more kinetic events that occur in roughly the same geographic location to produce a single, sometimes cumulative, effect. Therefore, officials explained, a single aircraft delivering a single weapon against a lone ISIL vehicle is one strike, but so is multiple aircraft delivering dozens of weapons against buildings, vehicles and weapon systems in a compound, for example, having the cumulative effect of making those targets harder or impossible for ISIL to use. Accordingly, officials said, they do not report the number or type of aircraft employed in a strike, the number of munitions dropped in each strike, or the number of individual munition impact points against a target.

The strikes were conducted as part of Operation Inherent Resolve, the operation to eliminate the ISIL terrorist group and the threat they pose to Iraq, Syria, and the wider international community. The destruction of ISIL targets in Syria and Iraq further limits the terrorist group’s ability to project terror and conduct operations, officials said.