Mitsubishi to Evolve MRJ into SpaceJet 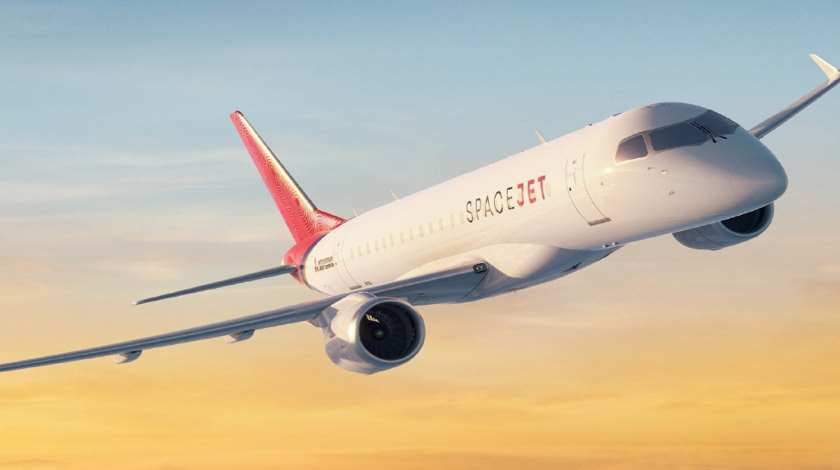 Mitsubishi Aircraft Corp. (MITAC)’s announced it will redesign its MRJ70 and launch the M100 SpaceJet instead, to fit into the changing market environment.

Initially, Mitsubishi Aircraft set the beginning for its MRJ90 90-seat aircraft. This program continues towards a 2020 entry-into-service and eventually will get similar treatment, with the new plane being designated the MRJ200. In the meantime, the MRJ90 is rebranded the M90 SpaceJet.

Later on, the aircraft manufacturer launched the second plane, the MRJ70, which should have followed the MRJ90 in 18 months. Now, when being evolutionized, the M100’s target EIS is 2023, later than the 2022 planned EIS for the MRJ70. The extra time is needed because of the extent of the redesign.

What Will be Changed?

The MRJ was designed with 2×2 seating. When designed, a different era of overhead bins existed, which by today’s standards are small.

“In tackling the enhancements for the MRJ70, MITAC sought to improve the passenger experience, creating more space at every touch point, designing larger bins for baggage space for every single passenger, wheels first, in three classes,” says Steve Haro, MITAC’s VP and Head of Global Marketing and Strategy.

The seats at 18 ½ inches wide, slightly more than the E-Jet and significantly wider than the CRJ.

MITAC also added space to the lavatory, reversing a trend at the mainline carriers where “Space Saver” lavs are installed on the Airbus A320 and Boeing 737, drawing complaints from passengers and crews alike.