Mitsubishi Wants to Start US MRJ Flight Tests This Summer 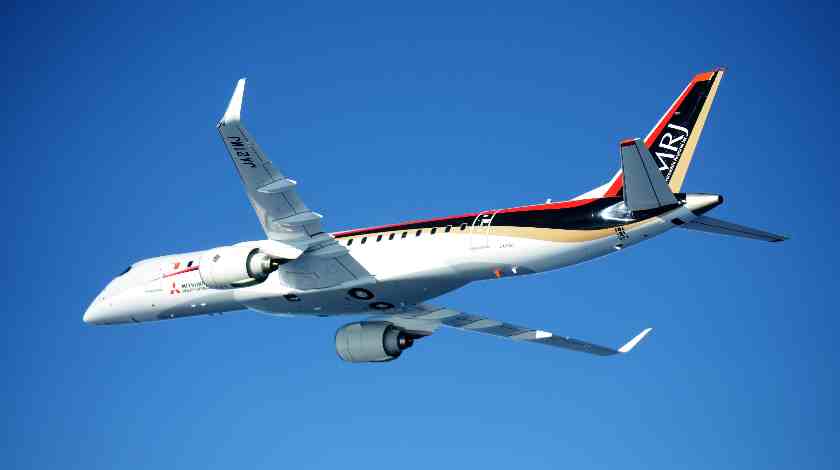 Mitsubishi Aircraft Corp. is seeking permission from Japanese and US regulators to move the start of MRJ flight testing in the US from the end of this year to this summer.

The MRJ90 achieved first flight in Japan in November 2015, but in December Mitsubishi Aircraft announced a delay in the planned first delivery of the aircraft to All Nippon Airways (ANA) to mid-2018. Under the revised flight test schedule, the start of flight testing in the US—where four of five MRJ90s planned for the flight test program will conduct the vast majority of MRJ flying required to gain certification—was set for the fourth quarter of 2016 or the early part of the 2017 first quarter.

With the first MRJ flight test aircraft (FTA-1) having accumulated about 44 flight hours in 22 test flights in Japan, Mitsubishi Aircraft now wants to bring FTA-1 to the US about six months earlier. FTA-2, which is in the final stages of preparation for its first flight in Japan this month, could also come to the US this summer, according to Mitsubishi Aircraft officials. MRJ flight testing in the US will be based at Grant County International Airport in Moses Lake, Washington.

Mitsubishi Aircraft head of strategic marketing Hideyuki Kamiya said the Japanese manufacturer wants to bring MRJ flight test aircraft to the US ahead of schedule to create a “schedule buffer” in case “unexpected things” are encountered in the flight test program.

Speaking to ATW on the sidelines of the Regional Airline Association (RAA) convention in Charlotte, North Carolina, Kamiya explained that a much higher frequency of flight testing can occur more quickly if FTA-1 and FTA-2 are brought to the US this summer because flight testing is far more restricted in Japan.

If the first two MRJ flight test aircraft come to the US this summer, Mitsubishi Aircraft hopes to bring FTA-3 and FTA-4 to the US by the end of 2016.

Mitsubishi Aircraft executives have said that flight testing has gone as expected so far, but the company has not yet released flight test data. Mitsubishi Aircraft Corp. America chairman and CEO Masao Yamagami, who is overseeing the company’s activities in the US, told ATW that flight test data will be released two to three months after flight testing starts in the US. The data “may drive more appetite from [potential airline] customers” for the MRJ, Yamagami said.

Mitsubishi Aircraft has secured 223 firm orders for the MRJ90 and is in the process of finalizing a letter of intent (LOI) with Florida-based lessor Aerolease Aviation for 10 firm aircraft plus 10 options.

Yamagami said there are “several [MRJ sales] campaigns [ongoing] in parallel,” but conceded that no orders are imminent. However, he noted that Mitsubishi Aircraft “felt a dramatic change” in discussions with airlines after the MRJ’s first flight. “Customers are now discussing the real airplane,” he explained. “Before that, it was a paper airplane.”