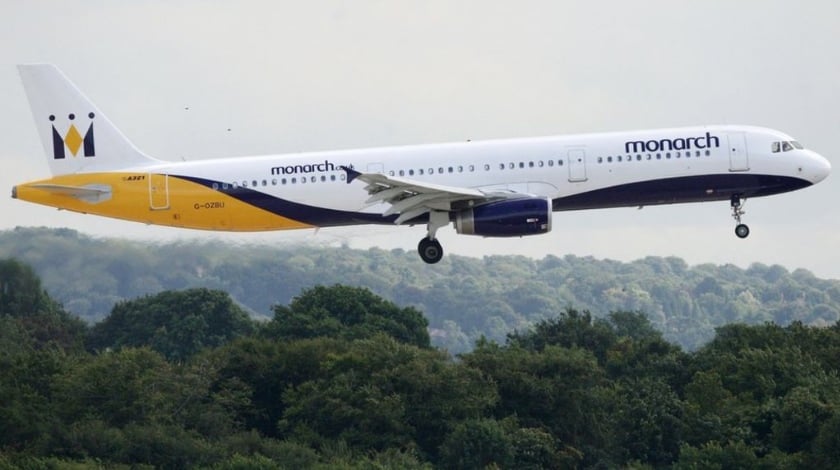 “We’re sorry to announce that Monarch has suspended flights and holidays,” the airline said on Twitter.

Tough competition in the sector has been putting pressure on weaker European carriers and driving consolidation, with airberlin and Alitalia filing for insolvency earlier this year and seeking new investors for parts of their business.

The UK government today began an unprecedented repatriation effort to return 110,000 passengers affected by the failure of Monarch and has asked the CAA to coordinate flights back to the UK for all Monarch customers currently overseas.

Transport Secretary Chris Grayling commissioned the extraordinary operation to return passengers who would otherwise have been left stranded by a lack of capacity in the aviation market to deal with such a significant demand. The response means the government has agreed that passengers will not be charged for repatriation flights. Work is underway to recoup costs from the ATOL scheme and card providers.

The government is working closely with the Civil Aviation Authority (CAA) to build a temporary airline from scratch that would be one of the UK’s biggest carriers if operating permanently.

Chris Grayling, Transport Secretary, said: “This is a hugely distressing situation for British holidaymakers abroad, and my first priority is to help them get back to the UK. That is why I have immediately ordered the country’s biggest ever peacetime repatriation to fly about 110,000 passengers who could otherwise have been left stranded abroad.

“This is an unprecedented response to an unprecedented situation. Together with the CAA, we will work around the clock to ensure Monarch passengers get the support they need. Nobody should underestimate the size of the challenge, so I ask passengers to be patient and act on the advice given by the CAA”.

Administrators were appointed to Monarch Airlines and Monarch Travel Group on 2 October 2017.

The airline was due to receive in 2018 the first of its 45 new Boeing 737 MAX-8 aircraft. These would have eventually replaced the current fleet of Airbus A320 and A321 aircraft.