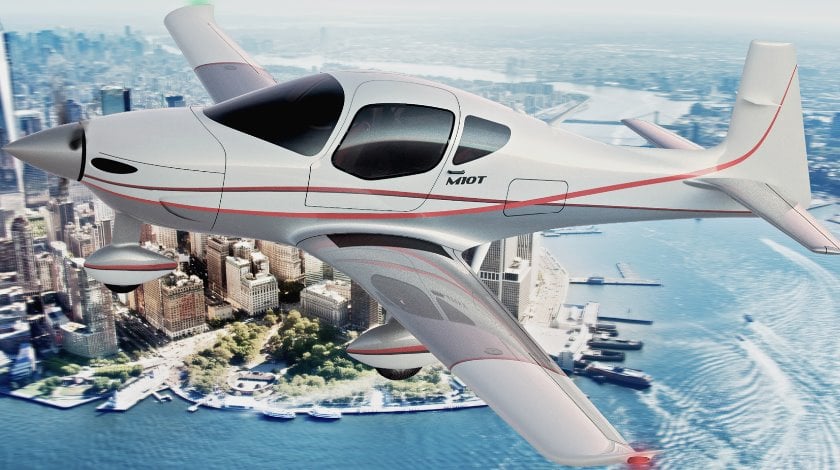 Mooney International Corp. has successfully completed the first flight of the M10T Proof of Concept (POC) aircraft. The first flight was performed by test pilot Len Fox on Wednesday, December 23rd in the vicinity of the Chino Airport in California.

The flight lasted approximately 15 minutes, with Len Fox conducting basic flight maneuvers and verifying design data. At the conclusion of the flight, Len Fox was greeted by a crowd of engineers from the M10 team highly enthused to see their new design take flight for the first time.

“The flight was a tremendous milestone for the M10 program,” said Jerry Chen, CEO of Mooney International. “Our team of engineers have been working very hard to reach this day, and we are excited to have achieved this milestone in 2015, just one year after announcing the M10 program at Zhuhai Airshow in China.”

The M10T, announced in 2014, is Mooney International Corporation’s highly innovative, new design, carbon-fiber, 3 seat, fixed-gear aircraft. Powered by the Continental Technify CD-135, Jet-A engine, the M10 is a new generation aircraft designed by Mooney specifically for flight training operations. The M10T will continue testing as the program works towards certification in the next few years.