MPL and ATPL: What are the differences? 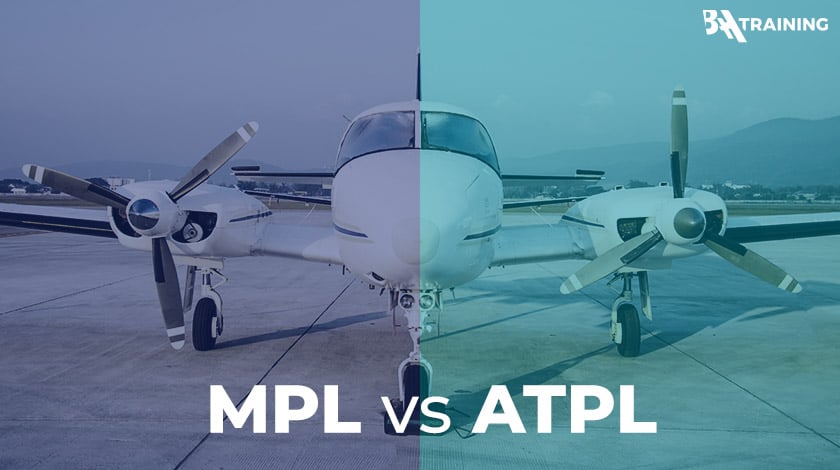 While an ATPL and CPL duet is to a greater or lesser extent familiar to everyone, an MPL (Multi-Crew Pilot Licence) introduced in 2006 might still remain vaguely understandable for many. However, once explained or better – tried out – it proves to be a modern program accommodating the needs of future pilots in the best way possible. So, what is an MPL training program, and how does it compare to a regular ATPL Integrated? And most importantly, shall you choose it? Let’s try to find out.

Job security vs. freedom of choice

Future pilots training to start flying commercially one day all want the same thing – job security. And it is what MPL provides for successful candidates, whereas ATPL does not.

There should be no illusion that a fresh pilot licence holder gets plenty of job offers right away – with all the credit given to the training, the difficulties only start with the licence’s receipt. Therefore, it is a massive benefit to have a provisional job guarantee from the employer beforehand. This is how one can be sure about fully returning their money invested one day. But, of course, the guarantee will only come into force if the student shows outstanding studying results. Pause for thought: the rate of cadets who did not complete the ATPL program is 18.6% compared to 9.3% who did not complete the MPL, according to the Arabian Gulf Region cadet program from 2007 to 2018. 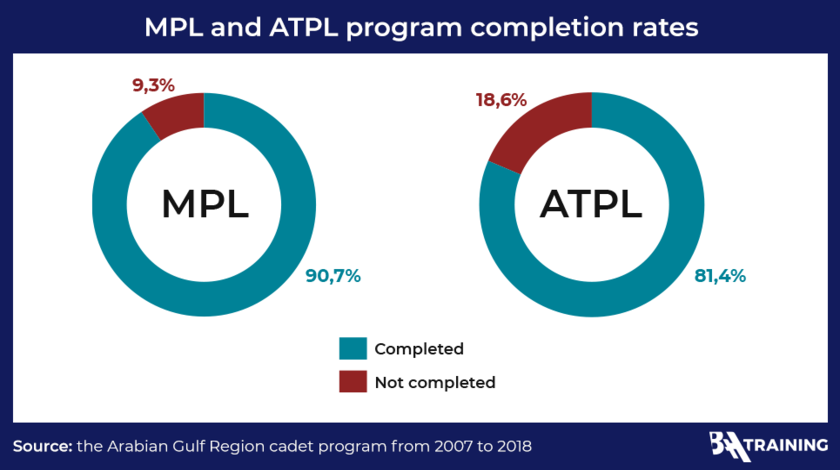 Now a few words about ATPL. Although it does not provide you with job security, what it does give you instead is choice. With MPL, you are tied to your one and only airline until you get 1500 flying hours. It means that should anything go wrong for the company – it would likely put your job at risk. However, such cases are rare, and usually, a suitable workaround is found. Having completed ATPL Integrated and type-rated, you can quickly shift between airlines.

So, the question remains whether you want freedom or stability. Both carry certain risks if you think about it, but both get you to the cockpit in 18-24 months which is a highly swift turnaround.

Your ATPL Integrated flight training path will look like this:

Only at this point will you move to multi-crew, completing your Jet Orientation Course (JOC) and Multi Crew Co-operation Course (MCC). They will be your gateway to applying for a job at an airline upon getting a Type Rating.

Contrary to the above, your MPL flight training will be as follows:

It is clear that devoting 80% of the flight training to a piston aircraft, including a full flight simulator and integrating airline procedures, forms a closer environment to what you will be experiencing as a pilot. On the other hand, MPL will not equip you with skills and get you accustomed to flying for fun as you will be trained as a professional pilot since the beginning.

MPL is a consistent way to a specific airline’s flight deck, offering you a Type Rating training needed to join a particular airline under the MPL agreement conditions. In contrast, after finishing your ATPL Integrated studies, you would need to look for a Type Rating separately.

However, a lot can depend on who foots the bill for the Type Rating and its cost. If you are lucky enough to have it covered by an airline, an ATPL route can be slightly more affordable. We recommend weighing and comparing your options before giving them a shot.

The competencies such as communication, application of knowledge, leadership and teamwork, application of procedures and management of information, problem-solving and decision making, situation awareness and workload management are at the centre of attention when it comes to the MPL program. It educates student pilots to safely and efficiently perform their future duties and be prepared for the unexpected. Not only are competencies developed during the theory part but also inside the aircraft and the flight simulator.

As for the conventional EASA ATPL Integrated, BAA Training headquarters in Vilnius has recently adopted Area 100 KSA (knowledge, skills and attitudes) learning objectives in its ground school’s syllabus. Area 100 KSA can be viewed as an introduction to applying the entire CBTA methodology and builds on the same competencies and scenario-based teaching.

While both have an identical theory part, ATPL Integrated and MPL are different in their flight training and methodology. For example, MPL imbeds multi-crew training elements and develops competencies and resilience. In terms of ATPL, it leads you through a rather step-by-step journey and leaves the job prospects’ question to resolve for you. 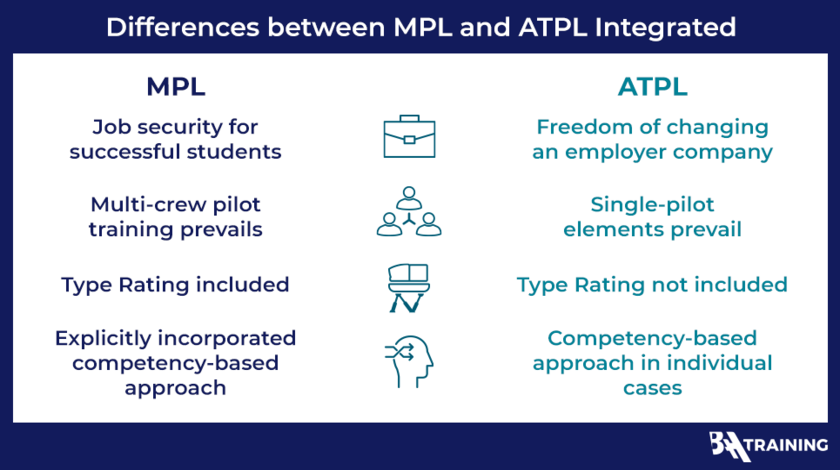 But, of course, neither is better than the other, so it is up to you to say which program you find more suitable to hit your target.