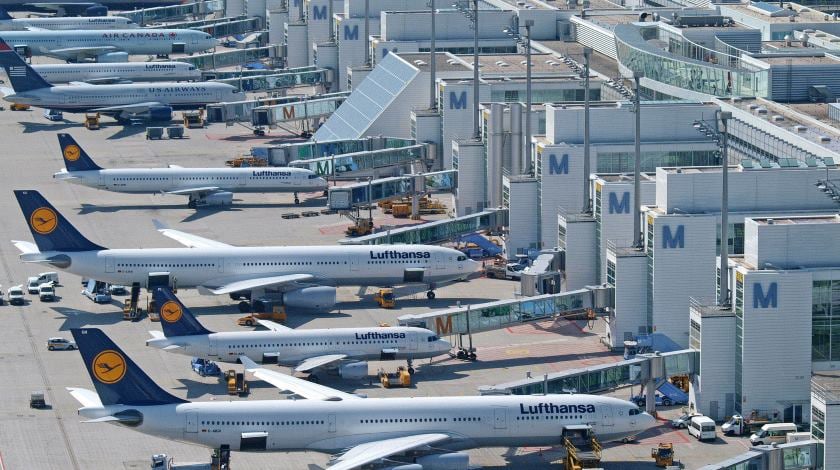 Munich Airport set a new record for passenger traffic in the first six months of the 2018 operating year, with a total of 21.7 million passengers handled. This represents an increase of about 3 percent.

The number of take-offs and landings was up slightly as compared with the first half of 2017 to around 200,000.

Growth was dampened somewhat in the first half by an unusually high number of flight cancellations, largely due to thunderstorms.

There were 2,600 more cancelled flights than in the first half of 2017. The total airfreight tonnage, at approximately 173,000 tonnes, was down by 3 percent on a year-over-year basis.

International traffic remained the main growth driver at Munich Airport. On routes within Europe, traffic increased by around 600,000 passengers – or 4.6 percent – as compared with the first half of 2017. On intercontinental routes, the passenger total was about 5 percent higher.

A major driver behind this above-average growth in long-haul traffic was Lufthansa, which substantially increased its capacity in this segment.

Since the start of the summer timetable period, Lufthansa has had five of its 14 Airbus A380 widebody jets stationed in Munich. The giant Airbus departs daily for Hong Kong, Beijing and Los Angeles and achieves high load factors on all three routes.

At the Munich Press Club, airport CEO Dr. Michael Kerkloh called the decision by Lufthansa to station the A380 fleet in Munich “a remarkable success story”. He added: “This is of course a very convincing demonstration of the excellence of Lufthansa’s route planners and sales experts. But the strong response to the additional flights is also indicative of Munich Airport’s potential as a rapidly growing hub.”

The boom in the long haul segment is likely to continue in the second half of the year. As “the most important newcomer”, Kerkloh announced that the Colombian airline Avianca will be offering five weekly departures from Munich to Bogota as of November 17. At its home hub, Avianca, which has been selected as South America’s best airline by the London-based Skytrax Institute, offers an extensive network of connections.

Another non-stop connection to South America will be launched in the first half of 2019 by LATAM. South America’s largest airline will offer scheduled flights from Munich to the Brazilian metropolis of Sao Paulo.