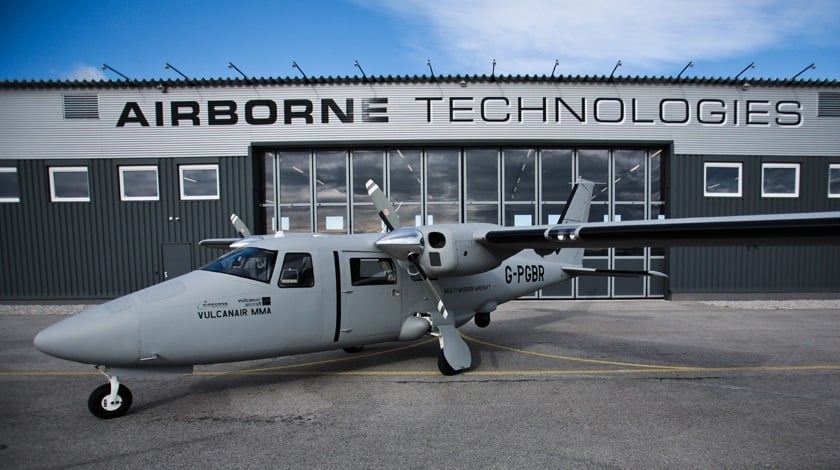 Hawaiian Airlines and FedEx Corp. are trying novel airborne technologies that promise to cut the cost, reduce the weight and exponentially increase the capacity of communication systems connecting aircraft with satellites.

But the moves also raise cybersecurity issues, because experts say such links eventually could blur longstanding distinctions between the way information is sent to cabin entertainment devices versus transmission of safety-related data to cockpits.

By relying on internet protocols instead of older, more-restrictive digital formats, Inmarsat said the average speed for delivering some messages to the ground now runs between two and four seconds, compared with some 45 seconds using conventional links.

Capacity has increased at least 200-fold. The latest antennas have shrunk to the dimensions of an iPad tablet versus a typical surfboard, with overall weight of receiving and processing equipment on planes now down to about 18 pounds from roughly 265 pounds.

Currently, cabin and cockpit communications on commercial airliners are completely separate. They use different equipment and different frequencies, plus there is a physical gap between hardware that processes cabin signals and electronics reserved exclusively for the cockpit.

But as jetliners steadily become more connected to the internet–and carriers hunt for less expensive, more flexible ways to ship various types of data–many experts envision those digital firewalls eventually will erode. Frequencies now used for cabin services, which are less expensive and boast substantially greater bandwidth, may end up serving other applications.

Before that occurs, airlines will be able to improve flight planning and trim fuel use with Inmarsat’s enhanced Swiftbroadband cockpit links, according to Mary McMillan, a former airline captain and the global satellite operator’s vice president for safety and operational services. But she noted “there is still much work to be done to develop the standards” spelling out “what data can be safely pulled from aircraft cabin networks.”

A spokesman for FedEx didn’t have any comment. Cobham said the Hawaiian system is “performing at or above the prescribed performance standards consistently.”

In a statement, Ken Rewick, Hawaiian’s vice president of flight operations, said that in addition to avoiding weather, “benefits of the installation will include enhanced safety, improved passenger comfort and reduced fuel costs.“

If the Federal Aviation Administration agrees, Inmarsat’s new network will be authorized for routine traffic control transmissions and surveillance.

The Swiftbroadband-Safety system also is intended to provide both voice and data links, offer capabilities for telemedicine and replace or supplement conventional “black box” recorders by instantaneously streaming essential operating data off planes during emergencies or crashes.

Some believe that ultimately current distinctions may disappear entirely, with airlines largely relying on the same large “pipe,” or space-based conduit, for virtually all messages sent to and from aircraft.

Industry trends are “going to create convergence at some point in time” between cabin and cockpit transmissions, according to Patrice Caine, chief executive of France’s Thales SA. There is “much more frequent discussion” of the general topic now, he added, “given the level of data that is required” by increasingly connected aircraft.

Such a shift will require years of regulatory debate and industry flight tests before both sides can feel comfortable about the extent of protection from potential hackers or other unauthorized users. Also, regulators still need persuading that creation of a single data stream won’t be negatively affected by weather conditions, or extended signal delays due to the more than 20,000-mile altitude of the satellites.

But already Inmarsat, Airbus Group SE and other industry players are looking at authentication safeguards–similar to digital passwords and codes used to prevent hacking of typical corporate computers–that eventually could make it feasible to have a single protected network serving an entire plane.

Preliminary discussions about prospective cybersecurity protections have involved possible assistance from Alphabet Inc.’s Google Inc., according to one person familiar with the talks. A Google spokeswoman didn’t have any comment.

“Airbus is really at the forefront of looking at security protections” for aviation links, according to Tom Schmutz, chief executive of Flyht Aerospace Solutions Ltd., a Canadian data services provider.

Rockwell Collins Inc., a leading cockpit equipment supplier, also sees changes on the horizon. “For the near term, there will continue to be two separate systems” for cabin and cockpit data, Kent Statler, who heads up the company’s commercial businesses, said in an interview during the summer. But in coming years, he predicts, at least parts of those systems are bound to merge as new techniques “will allow for digital separation of the same data stream.”

Both cybersecurity and safety, Mr. Statler said, “will reside in the encryption that comes off the aircraft.” Thales and Honeywell International Inc., another big cockpit-system maker, are expected to offer their own satellite terminals.

Yet others see huge remaining challenges. Matt Desch, the chief executive of Iridium Communications Inc., a rival satellite operator with a different approach that uses a separate set of broadcast frequencies, predicts combined data transmissions are inherently problematic from a cybersecurity standpoint. He predicts there won’t be any such commercial offerings for at least a decade–and likely longer.

“It’s not a technical problem” to combine cockpit and cabin data, Mr. Desch said in an interview last month, But considering escalating cybersecurity concerns throughout aviation, “I don’t think you’re going to see that come into operation in the near future.”