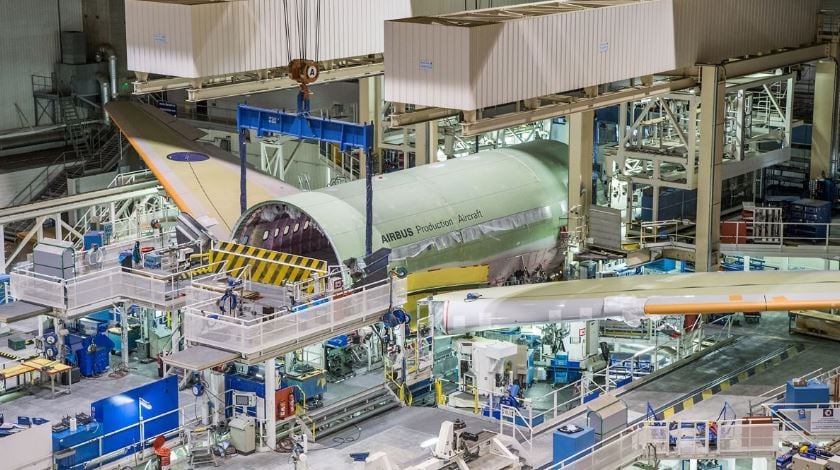 Final assembly of the newest member of the A330neo Family, the A330-800, has started and is on track for the first flight planned in mid-2018.

The A330-800 complements the A330-900, the largest member of the A330neo Family. With its 242-tonne Maximum Take-Off Weight (MTOW) as base variant, the A330-800 can operate routes of up to 7,500nm and with the recently launched 251-tonne MTOW variant the aircraft can operate ultra-long-range routes of up to 8,150nm. Together, the A330neo variants are part of the world’s most comprehensive twin-aisle, twin-engine aircraft family from 260 to over 360 seats which includes the A350 XWB Family.

7,500nm and with the recently launched 251-tonne MTOW variant the aircraft can operate ultra-long-range routes of up to 8,150nm. Together, the A330neo variants are part of the world’s most comprehensive twin-aisle, twin-engine aircraft family from 260 to over 360 seats which includes the A350 XWB Family.

Building on the success of the A330-200 with over 600 aircraft in operation, the A330-800 brings new generation economics and comfort in addition to unprecedented range to the 250-seater aircraft market. Together with the larger 300-seater A330-900 they share 99% commonality, having the same airframe, engines and cross crew commonality. This gives operators great flexibility to use either aircraft in their fleet according to network needs in size and range.

Both of these widebody aircraft incorporate new Rolls-Royce Trent 7000 engines, zero-splice nacelle, titanium pylon, new wings and new Airspace by Airbus Cabin. The most visible new features of the A330neo wings are the specially developed curved wingtip Sharklets – which draw on A350 XWB technology, extending the wingspan to 64m, providing state of the art aerodynamic characteristics.

With close to 1,700 orders, the A330 is the most popular wide-body aircraft ever, having flown nearly 1,000,000 annual flights. Today, over 1,300 aircraft have been delivered to 117 customers worldwide on a wide range of routes, from domestic and regional flights to long range intercontinental services. Offering the lowest operating costs in its category, and thanks to continuous investments in latest innovations, the new generation A330neo will be the most profitable and best performing aircraft in its size category.