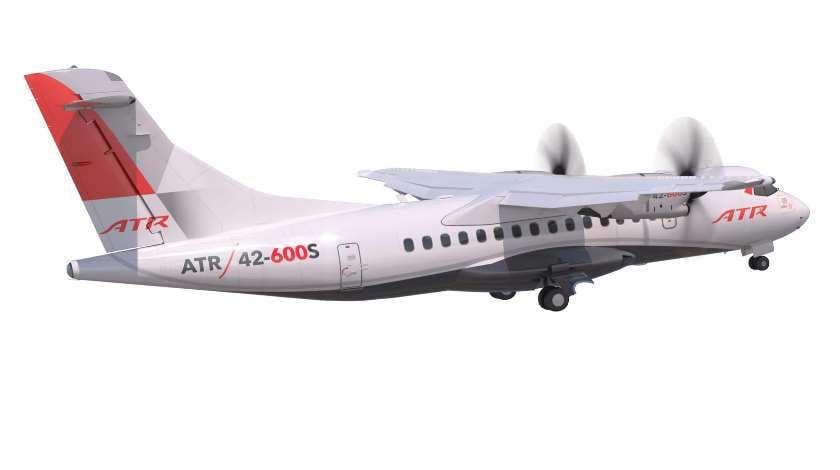 A regional turboprop aircraft manufacturer ATR has announced that its Board of Directors approved the development of a brand new STOL (Short Take-Off and Landing) aircraft: ATR 42-600S.

This plane will not replace the ATR 42-600. This would be a new version of the existing ATR 42-600 aircraft able to perform take-off and landing on runways as short as only 800 meters with 40 passengers on board. Therefore, it can reach up to around 500 new airports across the globe.

The planemaker provides that there are already 20 orders for the newly-launched regional aircraft with the launch operator Air Tahiti and launch lessor Elix Aviation Capital. Certification of the new ATR 42-600S is expected in the second half of 2022 with deliveries following shortly.

What Modifications Will Be Introduced?

The main modification will be related to the rudder which will be larger to allow increased control of the aircraft at lower speeds and allow symmetrically deploy its spoilers to improve braking efficiency on landing.

The ATR 42-600S will use the same engines as the two other ATR aircraft types, however, on the new plane “pilots will be able to select between the ATR 42 and 72 engine ratings, meaning the aircraft can use increased power for performing STOL operations, or elect to operate more efficiently with less power on longer runways”.

It will also come with an autobrake system which will ensure that the full braking power occurs immediately upon landing.