New Pier and Terminal at Schiphol Get the Go-ahead 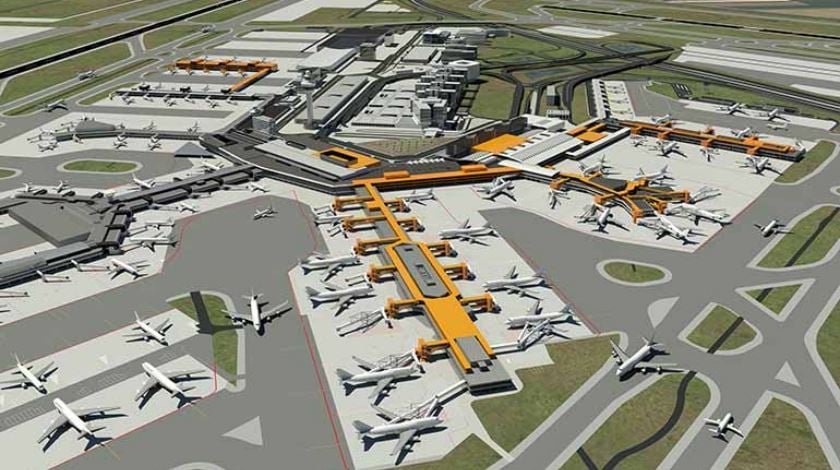 On 15 March 2016, the Schiphol Group shareholders (the Dutch State, the Municipality of Amsterdam, the Municipality of Rotterdam and Aéroports de Paris) issued their final approval of plans to develop a new pier and terminal at Schiphol. These structures will serve as the foundation for long-term capacity growth at Amsterdam Airport Schiphol and are consistent with the prospects for growth laid down in the Alders Agreement.

The new terminal, scheduled for completion in 2023, will be constructed to the south of Schiphol Plaza, directly next to the air traffic control tower and will be connected to the existing terminal. It is anticipated to serve some 14 million passengers per year.

Investment in capacity and quality necessary to strengthen competitive position

Schiphol Group aims to strengthen the competitive position of Mainport Schiphol. In order to achieve this, the airport’s capacity must increase and its quality must be further enhanced. The number of passengers and the number of air transport movements alike have been increasing in recent years. Schiphol needs additional space in order to accommodate and facilitate this growth. This means more room for both passengers and aircraft.

Jos Nijhuis, Schiphol Group CEO: “We are making investments in order to reinforce, improve and expand our infrastructure, our quality and our accessibility. This commitment has made the realisation of the new pier and terminal possible. It represents a hefty investment that will simultaneously provide the foundation for our continued capacity growth, including long-term aspects such as space to further expand the piers in the future. We additionally intend to invest in the station area, the bus station, Schiphol Plaza and Jan Dellaertplein in the coming years. The sum of these parts will serve to strengthen our international competitive position.”

A great deal of preparatory work towards the development of the new pier and terminal is already under way. For example, modifications are being made to the drop-off road; the parking facilities are being expanded; and the demolition of the Schiphol Cargo Center – a building that has gone unused for a number of years – has begun. Efforts are being made to minimise inconvenience for passengers.

Read more about airports’ expansion plans in Europe: The Reality of European Airports and Future Prospects