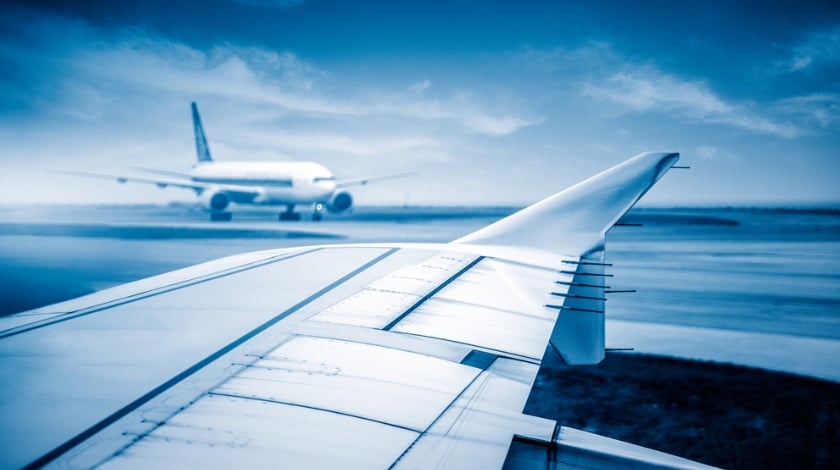 The year 2017 is considered to be a big leap for the aviation industry. Together with improved editions of the most popular aircraft, absolutely new machines are believed to appear on the market. So, what to expect?

The aviation world‘s hopes, fears and curiosity six years ago rested with the question whether China’s state-owned manufacturer, Commercial Aircraft Corporation of China, would finally build a plane that could help China to cultivate itself as a global contender for the next generation.

Launched in 2008, the C919 programme has experienced a series of setbacks that pushed back its maiden flight and delivery date, originally scheduled for 2014 and 2016, respectively.

Nevertheless, China’s efforts to develop a second airliner to boost the nation’s economic competitiveness and prestige has finally come to fruition in the form of the C919, the inaugural flight of which officials expect as soon as late March 2017.

According to the latest reports, Comac has its engines already approved by U.S. and European authorities as well as has recently begun taxi and brake testing. However, the C919’s major avionics systems such as the navigation, flight management system and autopilot remain incomplete. Final design reviews also remain pending.

The Comac C919 is aimed to compete with the world’s most powerful aircraft manufacturers by delivering operating costs 10% lower than those of the Airbus A320 and the current series of Boeing 737s.

Therefore, China Eastern Airlines will be the first customer to take delivery of the home made C919 single-aisle passenger jet.

Due to a huge success of a popular wide-body A330, in 2014 Airbus officially launched the A330neo jetliner which is currently under development. This jetliner will be comprised of two aircraft: the A330-800 and the A330-900.

The A330 is getting a makeover with new engines and new wingtips to boost its range and fuel efficiency. Depending on the reports, A330neo aircraft will use Rolls-Royce Trent 7000 engines. Therefore, the engine will not be installed on a testbed aircraft but fitted straight to an A330neo certification airframe.

However, Airbus has not narrowed the timeframe for the maiden flight, stating only that it will take place in the first half of this year and enter the service in early 2018.

The A321neo is the largest member of the A320neo family, which successfully performed its maiden flight in February 2016 and is due to enter service this year.

According to Airbus, the A321neo offers operators the perfect balance between fuel efficiency, comfort and environmental performance. It is the clear market leader in the 200 plus seat category.

Also, Airbus customers will be benefited from two engine options. The first variant of the A321neo powered by Pratt & Whitney‘s PurePower PW1100G-JM engines already received joint Type Certification from the EASA and the FAA in December 2016. Recently, the A321neo with CFM International LEAP-1A engines has certified by the EASA and the FAA, too.

Also Airbus is expected to increase the aircraft’s seating capacity up to 240 passengers and will replace the out-of-production Boeing 757.

2017 is considered to be the year of the first flight of the smallest member of the A320neo family – A319neo.

Airbus has put many efforts to make A319neo very comfortable to travel with. Due to optimised use of cabin space it might seat 140 passengers and up to 160 passengers in a high-density configuration.

The jet also will be powered by the Pratt & Whitney PW1100G-JM and CFM International CFMI Leap-1A engines. However, as airlines are looking and waiting for larger and more fuel efficient aircraft models, the demand for A319neo is not that great.

A350-1000, measuring nearly 74 metres from nose-to-tail, is be the biggest twin-engine jet that Airbus has ever built. This aircraft performed its first flight in late November 2016 in Toulouse, France, and is expected to enter service this year already.

The A350-1000 is be powered with higher-thrust Trent XWB engines from Rolls-Royce, the most powerful engines ever developed for Airbus planes. They will allow A350-1000 to fly on long-haul routes as well as to perform domestic flights. Moreover, the A350-1000 is believed to burn 25% less fuel than its nearest competitor B777-300ER.

The second member of the A350 family can seat 366 passengers. It presents a wider and quieter cabin as well as more modern and beautiful interior in general.

Therefore, the A350-1000 has been already arranged to be delivered to Qatar Airways in late 2017.

Boeing’s fourth-generation single-aisle plane, the 737 Max 8, successfully took into the air for the first time on 29 January 2016.

The 737 Max 8, which can hold up to 172 passengers, has a longer fuselage than the 737 Max 7 and increased range. Also it has two new engines and a new tail section and winglets designed to cut fuel consumption by 14%. Currently Boeing is expecting to complete FAA certification of the 737 Max 8.

After months of testing and certification, the first 737 Max 8 is due to reach it first customer, Southwest Airlines, already this year.

Having already built 13 of the initial MAX 8 models, all now sitting around Renton airfield awaiting FAA certification, Boeing showed off the first of the large MAX 9 models sitting on the assembly line and almost ready to roll out.

The largest member of Boeing’s updated single-aisle 737 Max family, 737 Max 9, is almost completed. According to the recent data, the latest plane is most likely to perform its maiden flight in April and afterwards will undergo about nine months of testing. Therefore, the company is expected to start delivering the large version of the workhorse plane in 2018.

Although the 737 Max 9, which seats 178 passengers, is greater in length, has increased maximum take-off weight and longer range than its predecessor, 737 Max 8, Boeing claims that this model will be more economical to operate than all the other members of the 737 family.

On 17 February 2017 the third member of the 787 Dreamliner family made its debut at the company‘s plant in South Carolina. According to the reports, the aircraft will be prepared for the first flight in upcoming weeks.

Due to the fact that 787-10 is the 787 Dreamliner family’s member with the longest fuselage, it has an increased seating and cargo capacity. The newest airliner should cover 11 910 km with 330 passengers.

This is the most efficient plane in its class.

Thanks to Smoother Ride Technology which predicts and dampens turbulence passengers can expect less motion sickness and travel more comfortably. The first delivery of 787-10 is planned for 2018 to Singapore Airlines.

In the beginning of the summer 2016 Russia’s United Aircraft Corp. introduced its new entrant – the Irkut MS-21 – and is getting ready to fly it this year.

With composite wings, Pratt & Whitney geared turbofan engines, which have already received its FAA certification, a full fly-by-wire system and a bit wider cabin than the A320, the MS-21 is believed to become a serious competitor for both Airbus and Boeing.

Although during the roll-out ceremony in Irkutsk, the company unveiled only a basic version of MS-21-300 with PW1400G engines from the Pratt & Whitney, the company also plans to use the Russian made engine PD-14. The reports say that currently the product is undergoing the second stage of flight tests which have so far confirmed the efficiency of the engine and its systems.

The president of the United Engine Corporation, Yuri Slusar, said that delivery of the first airliner with Russian engines is due to begin in 2019.

The designers suppose that the MS-21 will be 10-15% more efficient than Airbus and Boeing aircraft in the same class and it will have a 15% structural weight efficiency advantage, 20% lower operating costs, and 15% lower fuel consumption than the Airbus A320.

Brazil’s Embraer is deep into aerial testing of its heavily revamped E190-E2 airliner, a version of which flew for the first time last year. The second member of the E2 family, the E195-E2, will fly for the first time this year and enter service in 2019.

This jet is the largest airliner the company has ever developed. The E195-E2 can seat up to 132 passengers in a one-class layout thanks to a fuselage stretch that adds three rows of seats at four-abreast.

Moreover, Embraer is boosting the range and hot-and-high performance of the new, powered by the Pratt & Whitney geared turbofan engines, E195-E2 by increasing wingspan and maximum take-off weight. Additionally, Embraer is developing an even smaller E175-E2 variant.

All in all, the aviation world will not be given even a one minute a rest this year. New aircraft, quickly coming out of obscurity, are considered to be extremely significant accelerators driving the industry to move further.