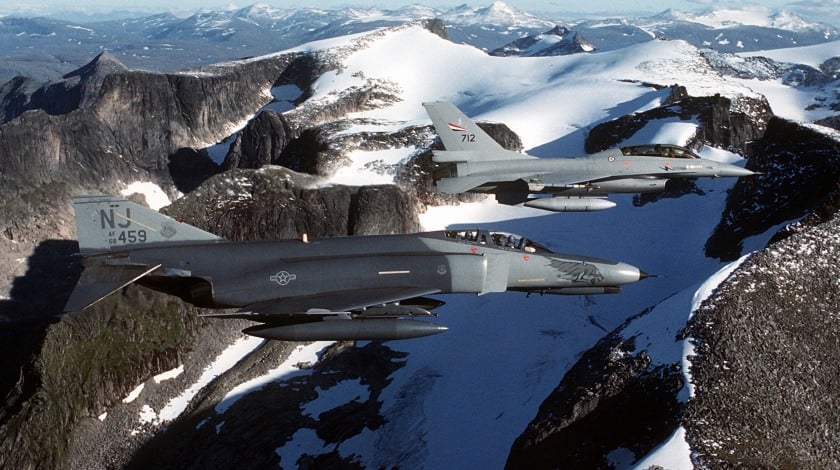 Quick-thinking medical staff in Norway saved a patient’s life by calling in a fighter jet to whisk live-saving medical equipment from another hospital.

The dying patient urgently needed a special lung and heart procedure called extracorporeal membrane oxygenation, but the hospital in the town of Bodø in central Norway had neither the equipment nor the skills to carry it out.

However, a hospital in Trondheim, about 280 miles (450km) south, did have a machine available, and staff contacted the air force on 4 April for help in transporting the equipment. The request reportedly came just as two F-16 fighter jets were preparing to take off from an airbase nearby.

“They didn’t ask any questions, except for what size the machine was,” Anders Wetting Carlsen, chief doctor at Trondheim’s Saint Olaf hospital, told AFP.

In a further stroke of good luck, one of the fighter jets was equipped with an external hold that allowed it to transport equipment. The machine was loaded on to the aircraft, which made for Bodø at top speed.

“Usually we cover that distance in 35 minutes,” air squadron head Borge Kleppe told the Norwegian daily Verdens Gang. “But given the special nature of the cargo, the pilot stepped on it and arrived at the destination less than 25 minutes later.”