Norwegian Launches Flights from the US to the Caribbean 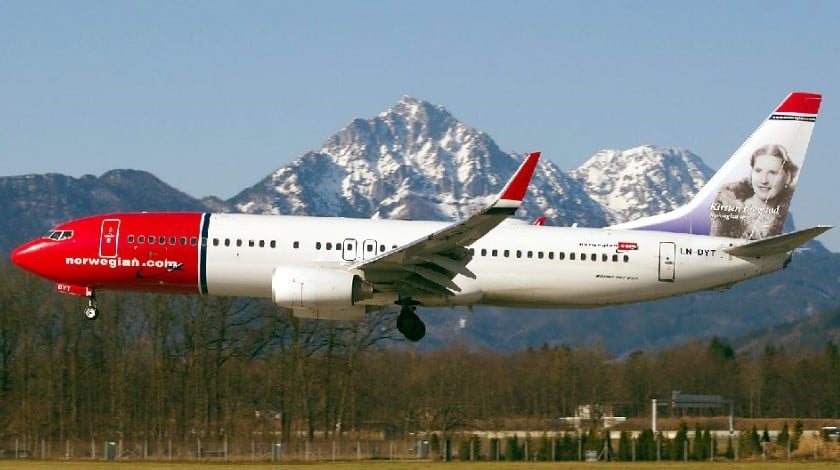 Norwegian, voted the world’s Best Low-Cost Long-Haul Airline and Europe’s Best Low-Cost Airline for the past three consecutive years by SkyTrax, will launch flights from Boston, Baltimore/Washington, D.C. and New York City to two Caribbean destinations: the Guadeloupe Islands and Martinique. Only two years after launching its long-haul operation, Norwegian will now be the largest foreign airline at New York’s JFK airport in terms of number of routes. The airline currently offers 31 direct routes from the US.

Norwegian’s new seasonal service to the French West Indies will launch on December 3, 2015, with three flights per week from JFK to the Guadeloupe Islands’ Pointe-à-Pitre Internationa lAirport (PTP) on Mondays, Wednesdays and Fridays, and from JFK to Martinique Aimé Césaire International Airport (FDF) on Tuesdays, Thursdays and Saturdays.

“We launched our first long-haul flights to the US two years ago and the response from American travelers has been fantastic. It’s great to see that our low fares, friendly service and new, more environmentally friendly aircraft are appreciated. We will continue to expand in the US, by launching new routes and establishing more US bases. It is therefore a pleasure to be able to launch new, exotic routes between the US mainland and the Caribbean islands Guadeloupe and Martinique, says Norwegian’s CEO Bjørn Kjos.

The new routes will also give Norwegian’s passengers from Europe a golden opportunity to combine a city break in New York with an exotic Caribbean vacation. Norwegian already offers direct flights from London and the Scandinavian capitals to the Caribbean islands of Puerto Rico and St Croix, in addition to many other destinations in the US. Read more here.

With the new service, Norwegian will offer US-based customers some of the lowest fares to the Caribbean, with an introductory fare starting at $79 one way, valid from all three U.S. airports and starting at $99 one way from Guadeloupe and Martinique in the French Caribbean, also known as the French West Indies.

Norwegian operates one of the world’s most modern and eco-friendly fleets. On the US-Caribbean routes, the airline will fly its new Boeing 737-800s with 186 comfortable, leather seats and it will be the first airline to offer free Wi-Fi on flights to the Caribbean. Norwegian will also offer customers the option to rent movies and TV shows on their personal devices.

The airline currently offers 25 direct routes between Europe and the US, providing more European routes than any other European airline.

Guadeloupe and Martinique are both overseas departments of France to which the United States-European Union-Iceland-Norway Air Transport Agreement applies. The agreement authorizes unlimited frequencies between any point or points in the EU and any point or points in U.S. territory for any and all U.S., EU, Icelandic, and Norwegian airlines.