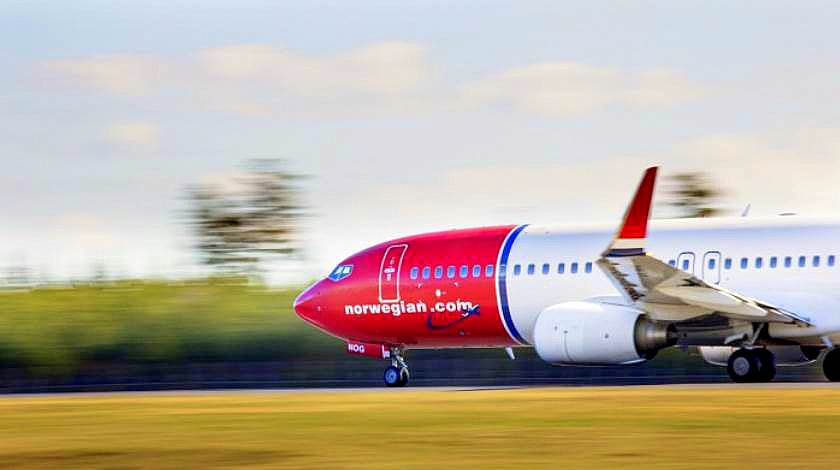 Norwegian carried close to 2 million customers in November, an increase of 11 per cent. Norwegian’s November traffic figures are characterised by growth on intercontinental and European routes. The load factor also increased this month – by 4.1 percentage points to 83 per cent compared to the same month last year.

The November traffic figures show a stable and positive development, including continued growth on long-haul routes. New routes from Europe to the Caribbean and domestic routes in Spain launched this month have been well received. 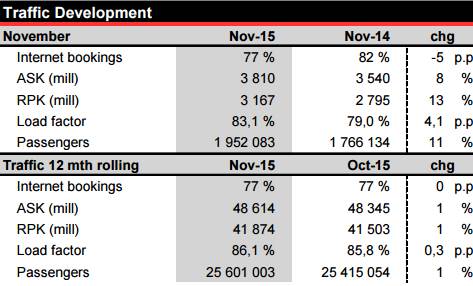 Norwegian CEO Bjørn Kjos said: “I’m very pleased that our positive growth continued in November, as we are entering a period of typically lower demand for air travel. A growing number of travelers are taking advantage of Norwegian’s expansive route network in Europe to connect onwards to the U.S – this proves that a strong Norwegian in Europe further strengthens the long-haul operation and vice versa.”

Norwegian operated 99.7 per cent of its scheduled flights in November, of which 86.3 per cent departed on time.

In November, Norwegian’s fleet was recognized as one on the most modern and environmentally friendly in Europe – a report by the International Council on Clean Transportation named Norwegian “the greenest” of all airlines offering transatlantic flights: http://www.theicct.org/transatlantic-airline-efficiency-2014.