Norwegian Reveals Its Biggest Ever Year of Growth in 2018 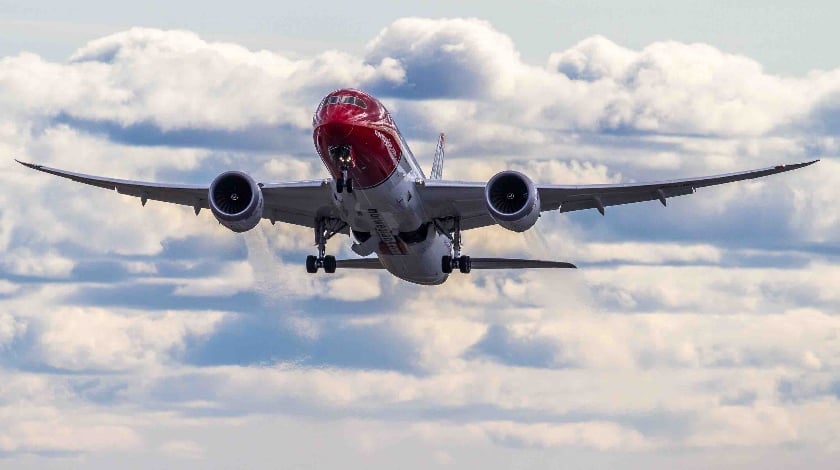 Low-cost airline Norwegian reveals its plans for 2018 as the award-winning carrier’s rapid expansion will take the airline to new heights.

Norwegian will build upon its growth by launching new long-haul routes – including its first service to South America, introducing a new enhanced Premium cabin and inflight Wi-Fi to new long-haul aircraft. Norwegian will also add more affordable flights to its most popular USA destinations.

Some of its successes include commencing groundbreaking transatlantic flights from Scotland, Belfast and Ireland to smaller US east coast cities and taking low-cost long-haul global with the world’s longest low-cost route between London and Singapore.

Norwegian’s continued expansion is cleared for take-off and here are five developments to expect from the airline in 2018:

Norwegian’s first route to South America – On 14 February, Norwegian will launch its first route to South America with a brand new direct service from London Gatwick to Buenos Aires available from £299 one way. Four flights per week on the 787 Dreamliner will unlock more affordable travel to Argentina, offering travellers access to a unique mix of European and Latin American culture.

New enhanced Premium cabin to fly on the 787 Dreamliner – Norwegian will introduce an expanded Premium cabin which will have 60% more seats for passengers wanting an enhanced experience. The new 56 seat cabin configuration will offer passengers more than a metre of legroom and 11” Panasonic monitors providing hours of complimentary inflight entertainment. The new cabin will be fitted on Norwegian’s final 20 787 Dreamliner orders set for delivery from February onwards.

Chicago and Austin to become newest US destinations – Norwegian will add Chicago and Austin to its growing list of long-haul destinations from Gatwick this spring. From £149.90 one way, holidaymakers and business travellers can fly daily to the Windy City which launches on 25 March. From 27 March, Norwegian will commence a new three weekly service to Austin, Texas, known for its world-famous cultural scene and for providing the backdrop to the South by Southwest (SXSW) festival. Direct flights are available from £164.90 one way.

Introducing Wi-Fi on more state-of-the-art aircraft joining Norwegian’s fleet – Norwegian will add 11 Boeing 787 Dreamliners to its fleet in 2018 which are exclusively used on long-haul routes from Gatwick. 10 of these new aircraft will feature the enhanced Premium cabin. Meanwhile 12 new Boeing 737 MAX aircraft will land in Norwegian’s fleet this year to service the carrier’s great value transatlantic flights from Edinburgh, Belfast and Ireland to the US east coast. Later in 2018, Norwegian will begin to rollout inflight Wi-Fi on long-haul routes that will keep passengers connected in the skies.

Daily Boston flights and planned increases for Oakland and LA – Next spring, Norwegian will increase the number of flights on some of its most popular routes from Gatwick. Boston increases from five weekly flights to a daily service with fares from £134.90 one way. Plans are underway to increase Oakland-San Francisco to a daily service and more flights are planned to Los Angeles, with twice-daily departures on select days of the week. Visit www.norwegian.com/uk for the latest news and updates on flights.

Thomas Ramdahl, Chief Commercial Officer at Norwegian said: “This year will see us fly to new heights as the UK will continue to be centre stage for our international growth. We want to fly people further for the best possible value which is why we’re investing for the future in low-cost long-haul travel. We’re upgrading the long-haul passenger experience by introducing a bigger Premium cabin, inflight Wi-Fi and more brand-new aircraft to service our expanding network. It has never been a better time to fly Norwegian and we’re excited to launch affordable flights from London to Argentina where we have active plans to take-off this year.”