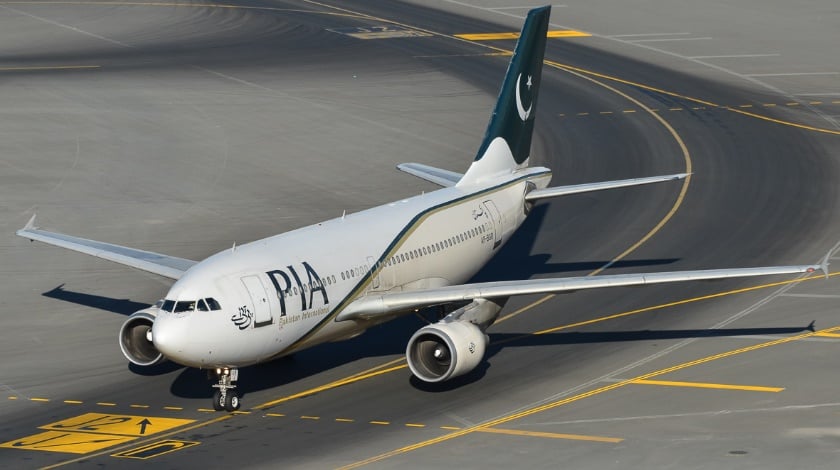 Pakistan International Airlines (PIA) will end its service to the U.S., specifically to New York JFK airport, later this month after 55 years of history. The news was first reported by Gulf News late last week and PIA officially closed reservations for its New York JFK route on October 31, 2017.

This will leave PIA with one remaining long-haul station in North America, Toronto, which is served four times a week from Lahore (2x), Islamabad (1x) and Karachi (1x), but nonstop in either direction.

Pakistan International has also served Chicago O’Hare and Houston in prior years. The carrier launched Chicago in May 2003, initially on a weekly basis with a stopover in Birmingham, U.K. on an Airbus A310, before moving the stopover to Manchester in April 2004.

It suspended Chicago service in August 2007, but resumed it in May 2010, with a stopover in Barcelona, using a Boeing 777-200ER. Chicago was canceled again in March 2012 and has not been resumed since despite PIA expressing intentions to resume Chicago service.

IA also served Houston, utilizing a Boeing 747-Combi and a Boeing 777-200ER, via Manchester from June 2004 through October 2006, operated once or twice a week depending on the year.

2010 U.S. Census data shows that there are over 360,000 residents in the United States of Pakistani origin. Of these, the largest communities of households with Pakistani origin reside in New York, Chicago, Houston, Washington D.C., Los Angeles and Dallas.

Per Innovata scheduling data, existing routing options between the U.S. and Pakistan show itineraries available for as short as 16.6 hours using a 1-stop connection. For instance, Emirates offers the fastest connection from New York JFK to Karachi, with a ground time of 1-hour and 25 minutes in Dubai. The second fastest is via Jeddah on Saudia from New York JFK to Karachi, then from Boston to Lahore over Dubai.

However, in the reverse direction, journey time difference will be negligible given the need for a security stop in Manchester as per the status quo. The U.S. Department of Homeland Security has enforced the security stop in Manchester for many years as prior investigations have led them to conclude that the security environment at Karachi and Islamabad airports are “insufficient” to permit nonstop return services back to the U.S.

Purportedly, prior checks uncovered that government and other influential individuals had been able to circumvent routine security screenings at Pakistani airports, therefore mandating a heightened security measure.

Presumably, PIA is axing its New York JFK flight due to heavy losses on the route, and although it has desired to terminate its JFK station for some time now, it has been unable to do so due to political pressure.

The issue has likely taken on additional sensitivity since the Trump administration has taken office and tensions have mounted between the U.S. and Pakistan. Over the summer, the administration warned that it had, “zero patience” for Pakistan’s terror policy and would impose aid restrictions on Pakistan or even declare it as a state-sponsor of terror.

Pakistan International Airlines has been serving the U.S. since 1961, and while it has a longstanding history of being one of the rarer foreign flag carriers on U.S. soil, current political and economic realities do not justify the commercial sacrifices it must make in order to continue to stay relevant.