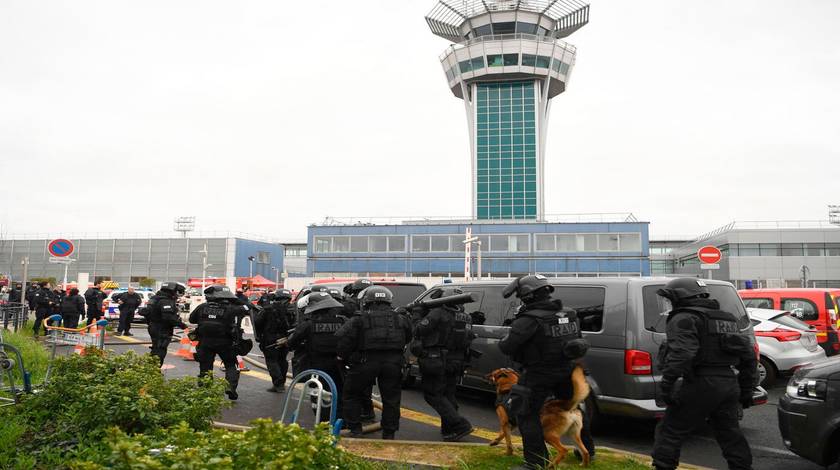 A man has been shot dead after attempting to seize a gun from a soldier at Paris Orly airport, sparking an evacuation and severe flight disruption.

A police source says the man shot dead after stealing a soldier’s gun at Paris Orly Airport was a “radicalised Muslim” known to security services.

The suspect is believed to have shot a police officer earlier in the day at a checkpoint in northern Paris.

French media reports said the suspect made the attempt at the airport’s south terminal after targeting a counter-terror patrol.

He stole the weapon and fled into a McDonald’s restaurant at the airport before being shot dead, a spokesperson for the interior ministry said.

“We were waiting in line to check in for a flight to Tel Aviv when we heard three or four gunshots nearby,” 54-year-old Franck Lecam told AFP.

“There were police, emergency services, soldiers running in all directions.”

“One of the security officials told us it happened near gates 37-38, for Turkish Airlines flights.”

Police are warning the public to stay away while the bomb squad searches the terminal to check the man was not wearing an explosive belt and had not planted any devices.

France remains under a state of emergency following a series of deadly attacks by Islamic militants over the last two years, including the November 2015 attack in Paris when 130 people were killed.