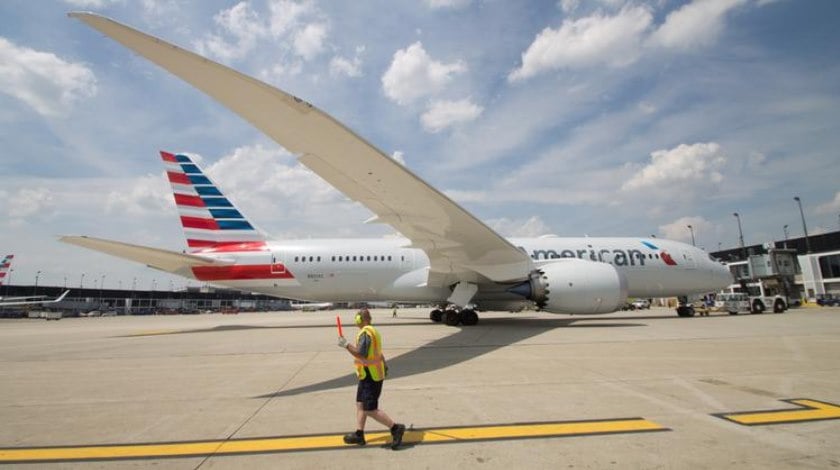 Passengers have been forced to evacuate an American Airlines flight in London today due to smoke in the cabin.

The incident happened at 12.30 pm at Heathrow Airport’s Terminal 3, with around a dozen people having to use the emergency slides to get out of the plane.

Emergency services have been called to the scenes as the passengers made their way to safety.

Smoke could be seen coming from the rear of the aircraft, in a picture which was taken before the evacuation.

Reports have suggested that there was a fault in the auxiliary power unit, which is a small jet engine housed in the tail of the aircraft.

A passenger, who was on a flight which had arrived at Heathrow from Helsinki, saw smoke coming from the tail-end of the plane next to his.

He said: ‘I saw a lot of smoke come out from the tail-end of the aircraft. I wondered if it was normal, whether it was just exhaust fumes.

‘Then the door opened on the right side of the aircraft and crews deployed slides from the rear and the middle of the plane.
‘Next we wondered whether it was a drill, but then we saw they were real passengers. I saw at least one carrying a child.

‘It all happened in a matter of seconds. Everyone seemed to be okay.’

A Heathrow Airport spokeswoman said a ‘technical issue’ was identified with the aircraft and the problem was resolved.