Pegasus B738 Skids off Runway Stopping Just Feet From the Sea 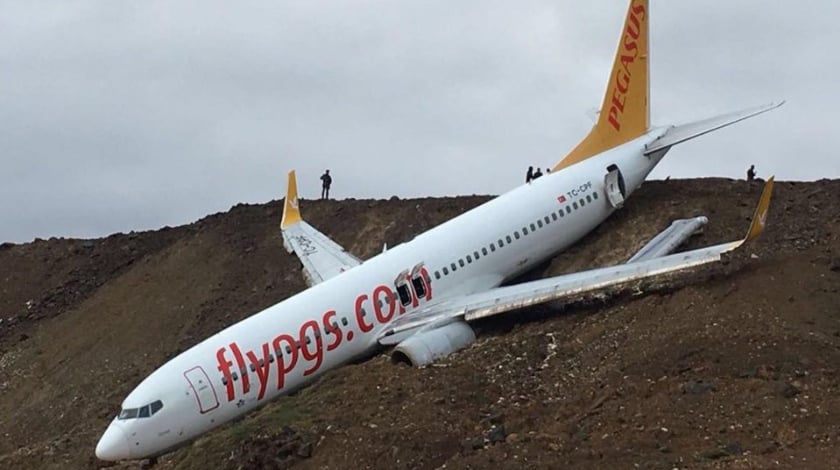 A Pegasus Boeing 737-800 has skidded off the runway after landing in the Black Sea province of Trabzon, causing panic among 162 passengers aboard.

The Pegasus Airlines jet narrowly avoided plunging into the sea after it veered left off the runway, went down a slope and came to a stop on soft ground while landing at Trabzon Airport on the Black Sea coast.

The aircraft was evacuated. Pegasus said in a statement the aircraft had been successfully evacuated and no injuries 162 passengers, 2 pilots and 4 crew were reported.

One of the passengers, Fatma Gordu, told Turkish state-run news agency Anadolu the crash sparked panic on board the flight. “We tilted to the side, the front was down while the plane’s rear was up. There was panic; people shouting, screaming,” she said.

Several Turkish Airlines flights in and out of the airport were canceled, as photographs from the scene showed the plane stuck in mud.

The cause of the incident was not known but an investigation is under way, the Trabzon governor’s office said.