Pentagon Admits It Has Deployed Military Spy Drones Over the U.S. 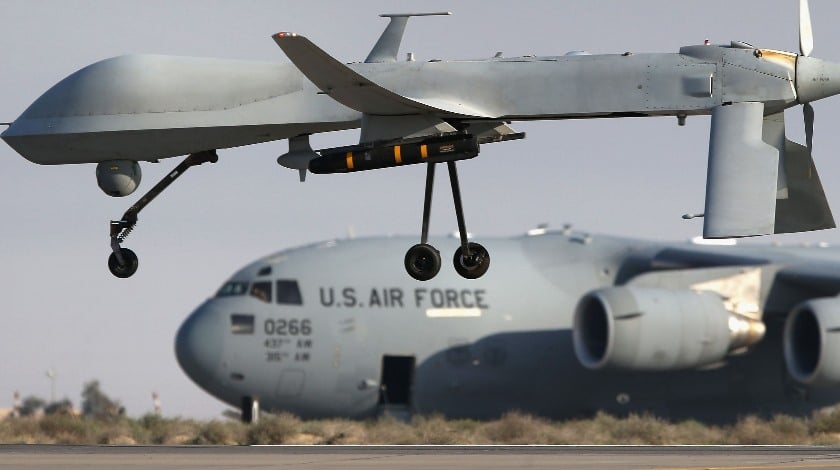 The Pentagon has deployed drones to spy over U.S. territory for non-military missions over the past decade, but the flights have been rare and lawful, according to a new report.

The report by a Pentagon inspector general, made public under a Freedom of Information Act request, said spy drones on non-military missions have occurred fewer than 20 times between 2006 and 2015 and always in compliance with existing law.

The report, which did not provide details on any of the domestic spying missions, said the Pentagon takes the issue of military drones used on American soil “very seriously.”

A senior policy analyst for the ACLU, Jay Stanley, said it is good news no legal violations were found, yet the technology is so advanced that it’s possible laws may require revision.

“Sometimes, new technology changes so rapidly that existing law no longer fit what people think are appropriate,” Stanley said. “It’s important to remember that the American people do find this to be a very, very sensitive topic.”

The use of unmanned aerial surveillance (UAS) drones over U.S. surfaced in 2013 when then-FBI director Robert Mueller testified before Congress that the bureau employed spy drones to aid investigations, but in a “very,very minimal way, very seldom.”

The inspector general analysis was completed March 20, 2015, but not released publicly until last Friday.

It said that with advancements in drone technology along with widespread military use overseas, the Pentagon established interim guidance in 2006 governing when and whether the unmanned aircraft could be used domestically. The interim policy allowed spy drones to be used for homeland defense purposes in the U.S. and to assist civil authorities.

But the policy said that any use of military drones for civil authorities had to be approved by the Secretary of Defense or someone delegated by the secretary. The report found that defense secretaries have never delegated that responsibility.

The report quoted a military law review article that said “the appetite to use them (spy drones) in the domestic environment to collect airborne imagery continues to grow, as does Congressional and media interest in their deployment.”

Military units that operate drones told the inspector general they would like more opportunities to fly them on domestic missions if for no other reason than to give pilots more experience to improve their skills, the report said. “Multiple units told us that as forces using the UAS capabilities continue to draw down overseas, opportunities for UAS realistic training and use have decreased,” the report said.

A request for all cases between 2006 and 2015 in which civil authorities asked the military for use of spy drones produced a list of “less than twenty events,” the report said. The list included requests granted and denied.

The list was not made public in the report. But a few examples were cited, including one case in which an unnamed mayor asked the Marine Corps to use a drone to find potholes in the mayor’s city. The Marines denied the request because obtaining the defense secretary’s “approval to conduct a UAS mission of this type did not make operational sense.”

Shortly before the inspector general report was completed a year ago, the Pentagon issued a new policy governing the use of spy drones. It requires the defense secretary to approve all domestic spy drone operations. It says that unless permitted by law and approved by the secretary, drones “may not conduct surveillance on U.S. persons.” It also bans the use of armed drones over the United States for anything other training and testing.