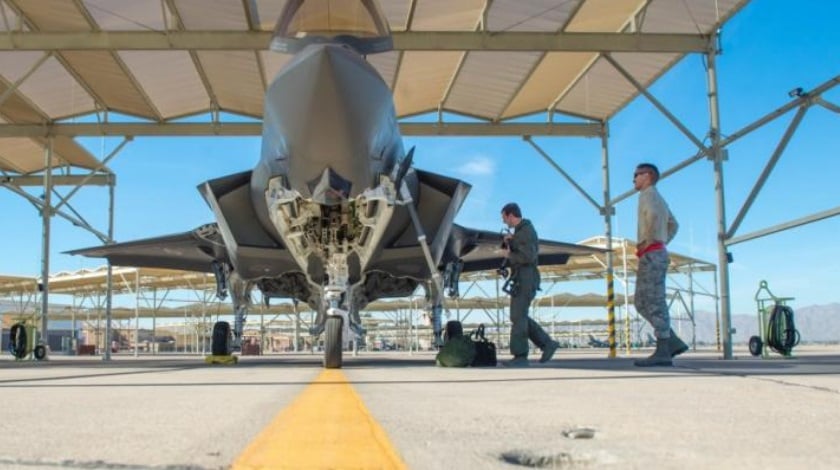 The Pentagon is embarking on a comprehensive effort to examine the entire F-35 supply chain from top to bottom for opportunities to compete components and repair work, according to a top Department of Defense official.

The move is aimed at incentivizing suppliers to reduce cost and increase efficiencies, as the F-35 enterprise faces severe parts shortages and a skyrocketing sustainment bill.

Injecting competition into the supply chain could be the key to getting support costs under control, Robert McMahon, assistant secretary of defense for logistics and materiel readiness, during the MRO Americas conference April 11. The F-35 operations and sustainment bill has been pegged at over $1 trillion over the life of the program.

“Today we are in an environment that is almost totally reliant on the [original equipment manufacturer] and their subs to be able to do what we need to do. Is that a best-value proposition? The answer is no,” McMahon said. “How do I create a level of competition and opportunity for being able to sustain a weapon system differently than the way we have in the past?”

The Pentagon is in the midst of cataloguing each and every F-35 part, from wings to fasteners, into a comprehensive data set, McMahon said. Each component will be given a national stock number, which will allow the department to better understand the maintenance requirements for that component, what the government is paying for it, what the government should be paying for it, and what the annual demand forecast for that part looks like.

This process, which the department began in earnest in January, should wrap up in September, McMahon said. After that, the government can begin to drill down into whether it is getting each component at the best price.

For many F-35 parts manufacturers, that means the government could choose to look for alternative options.

“The good news is we live in a capitalistic society that says, if I can create competition, if I can have an alternative opportunity that I can break out some parts… I can go to whoever happens to be the best value for that product,” McMahon said. “That drives everybody to look at, how do I cut margins to be able to be the winner of that competition?”

The cataloguing process will also help the department determine whether it is already buying an identical part somewhere else. That could help reduce redundancies, McMahon said.

“That doesn’t mean that Lockheed Martin might not be the primary source for both supply and repair in the future, but it’s going to be that we have options,” he said.

Lockheed has already found at least one opportunity to compete F-35 components. The company has identified an alternative supplier to Northrop Grumman’s AAQ-37 Distributed Aperture System (DAS), a series of electro-optical/infrared cameras placed around the fuselage to provide the pilot 360-degree, all-weather situational awareness.

“We’ve found a supplier that can produce a better DAS system at a significantly lower price that has significantly better performance,” Lockheed’s director of F-35 international business development, Steve Over, said at the Singapore Air Show. “So, we’re trying to find a way to break that into production right now. It’s somebody other than Northrop.”

Over declined to identify the alternative supplier, but one likely candidate is Elbit Systems, a global leader in advanced electro-optical systems.

Approximately 35% of the aircraft is presently made by Northrop, including the center fuselage and APG-81 active, electronically scanned fire control radar.