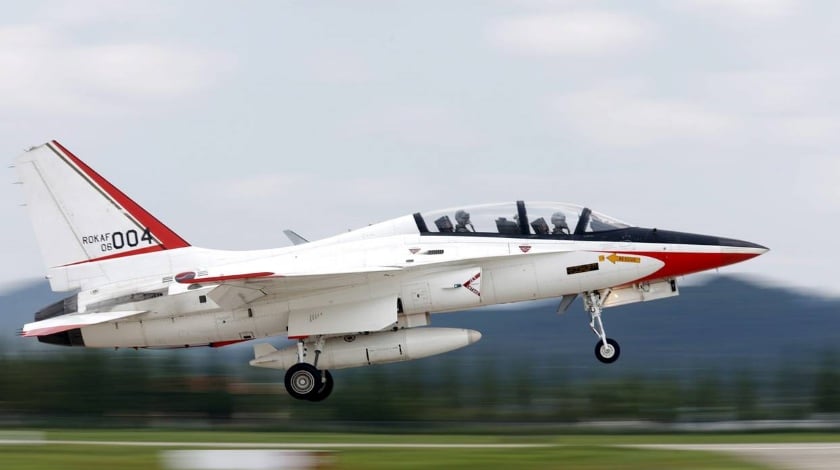 Manila is moving forward with purchasing ammunition for its new jets from South Korea.

The Philippine military will look to purchase more than 100 million pesos ($5.77 million) worth of ammunition for two of its new fighter aircraft from South Korea, defense officials confirmed this week.

As I reported for The Diplomat in December, the Philippines had received the first two of a dozen new FA-50 jets it had ordered from South Korea, with the remaining jets expected to be delivered through 2017. As I indicated then, the jets were still unarmed and Philippine defense officials had indicated that getting them combat ready would require some additional time.

This week, Col. Restituto Padilla, spokesman for the Armed Forces of the Philippines (AFP), confirmed that as part of an existing arms acquisition package for the aircraft, the Philippine military would look to acquire 93,600 rounds of 20 mm ammunition as part of efforts to make the jets combat ready. The purchase, Padilla said, would cost P106.138 million and will be sourced from the AFP Modernization Act Trust Fund.

“Part of the procurement process is the armament system for our FA-50 fighters. This purchase is part of the arms acquisition package for our aircraft,” Padilla said, according to local media outlets.

Padilla also added that the military had also allocated over P33 million ($700,000) for the fighter jets’ countermeasures project. The Department of National Defense (DND) will reportedly be purchasing 17,280 RR-170 Chaffs and 8,640 MJU-7 infrared flares with impulsive cartridges for the Elbit Elisra countermeasure dispenser system of the fighter jets.

A pre-bid conference has been scheduled for January 6 at the DND bids and awards committee conference room in Camp Aguinaldo, Quezon City. The winning bidder will be required to deliver the ammunition within 360 calendar days.

Philippine officials have said that the FA-50 – technically classified as a light combat aircraft – will only act as the country’s “interim fighter” until Manila gets both enough familiarity with operating such jets and additional funding that will pave the way for the acquisition of more capable fighter aircraft. The longer term goal is to develop a full combat wing by 2028.