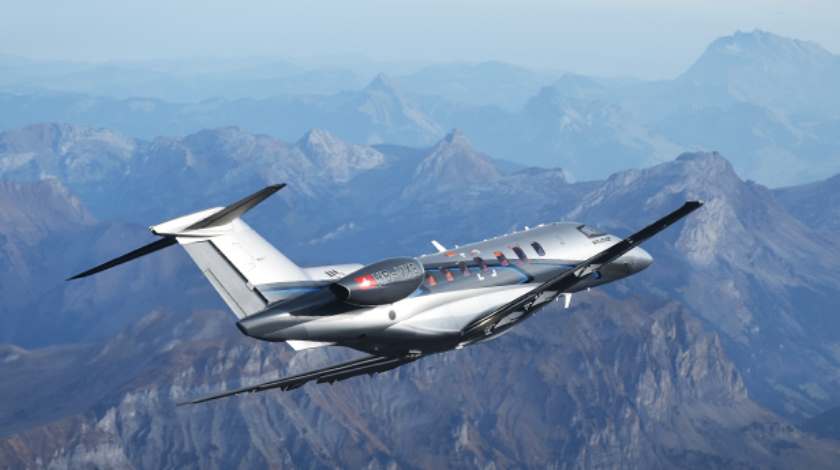 Reading Time: 2 minutes
Excellent sales revenue figures of 1.1 billion Swiss francs ensure continuation of the revenue trend achieved by Pilatus in recent years. Operating results, at 191 million Swiss francs, were also outstanding. 63 new jobs were created in Stans alone during the past year, and there was more major investment in site infrastructure. The PC-24 development programme is progressing as scheduled; a number of significant programme milestones were reached during the year under review.
2015 was another exceptionally successful business year for Pilatus. Sales revenue, at 1.1 billion Swiss francs, was successfully held on a par with the record results of the previous year. At 191 million Swiss francs, operating results were excellent, too, even with high investment – almost 150 million Swiss francs – in infrastructure and research & development.
Pilatus also more than doubled incoming orders compared to the previous year. Orders in hand at the end of 2015 amounted to a handsome 1.4 billion Swiss francs, providing a comfortable base for the future. The largest fleet order was received from the prestigious Royal Australian Air Force (RAAF), which ordered 49 PC-21s in December last year. The PC-21 will be used to train the RAAF’s future military pilots.
121 aircraft delivered
In 2015, Pilatus built and delivered 121 aircraft to customers all over the world. Around half were civilian models, the remainder were trainer aircraft. The civilian market is showing signs of recovering from the financial and economic crisis of 2008. In 2015 we delivered a total of 70 PC-12 NGs. Once again, North America, to which 49 PC-12 NGs were delivered, was by far our most important market.
Pilatus presented the new 2016 version of its PC-12 NG, boasting a fiveblade composite propeller and various aerodynamic improvements. Occupying an important place in the Pilatus portfolio, the PC-12 NG will remain the object of further development moving forward into the future.
Generating two-thirds of overall sales revenue, our trainer aircraft business again provided a very stable pillar for our company. Pilatus consistently adheres to a two-pronged business strategy as an effective means of compensating for the inevitable fluctuations.