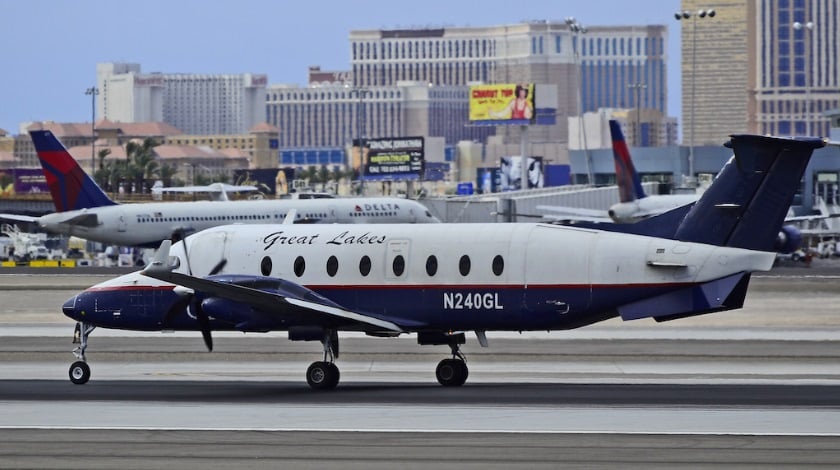 US regional Great Lakes Airlines, which operates domestic scheduled and charter services, ceased scheduled passenger flight operations March 26. A change in regulations has resulted in a lack of pilots for the smaller airlines and led the company to shut down service, it said.

Great Lakes Airlines began laying off employees and plans to sell off its fleet of 28 Beechcraft 1900Ds and six Embraer 120 Brasilias, the company said.

“Although we are ceasing flight operations, it is important to note that the company has not entered bankruptcy and will continue to operate certain segments of the business,” Great Lakes said on its website. It will continue to support Aerodynamics Inc. flights operating between Denver and Pierre, South Dakota, and Watertown, South Dakota.

Critical staff members needed to support the scheduled airline certificate, repair station certificate, reservation platform and to maintain the fleet will stay with the company until the airline’s assets can be sold, Great Lakes said.

The decision to cease flying is related to a 2013 change in US regulations that requires first officers to have 1,500 flight hr., the airline said. Previously, first officers needed just 250 hr. of flight time.

The change has led to a significant reduction in the number of pilots available to small airlines, according to Great Lakes. The inability to employ pilots caused the airline to suspend flights to small cities in the upper midwest and western regions of the US, it said.