Pilot Shortage: While Ones Suffer Loses, Others Derive Benefits 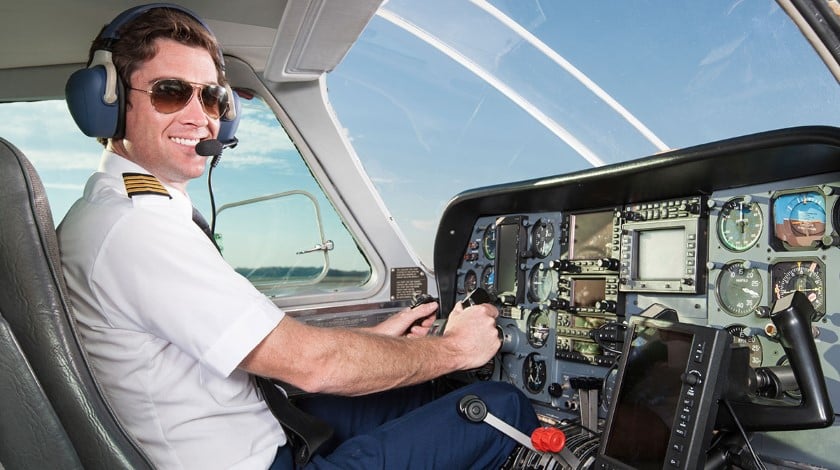 Global aviation is booming, the demand for pilots is skyrocketing and a global shortage for pilots is looming. However, pilot shortage varies among different regions and this is not only because of the growing numbers of passengers and airlines’ fleet.

Working and living conditions also play a very important role in different regions and their numbers of pilots.

Based on CAE’s Airline Pilot Demand Outlook, a significant need for pilots will be seen in the Asia Pacific region, where the traffic is surging and the airlines’ fleets are growing.

Over 90 thousand of pilots will be needed in the next decade.

This is happening mainly because of bolstered income levels, which create an enormous demand for air travel from middle-income households. Moreover, Asia’s market liberalization has allowed regional low-cost carriers to thrive in the region. Due to this, airlines in the East are creating amazing working conditions for pilots.

Extremely competitive salary packages, offered by Asian airlines, is one of the most effective ways to attract a pilot. For example, Chinese airlines, which have an enormous demand for pilots, offer foreign pilots salaries that are up to four times higher than in their home countries, such as Brazil and Russia. According to The Daily Telegraph, some Chinese airlines could pay $26,000 after-tax salary per month.

Fewer New Pilots in the US

These lucrative working conditions attract attention of many pilots, however, airlines in the Asia Pacific region are mostly seeking for experienced captains. And the main place to source them from is US, the largest air travel market in the world. That is especially unfortunate for US, who does not only see the same growing demand for pilots, but also have many pilots retiring due to their age. FAA forecasts a continued decrease by 22,600 pilots annually between 2018 and 2038.

Even though the US market seemed attractive to pursue a pilot career in the 20th century, but now it is quite difficult to enter because of the imposed FAA regulations for new pilots.

One of the major regulations requires new pilots to log 1,500 hours before becoming a FO. Due to this long duration to become a pilot in the US, many future aviators choose other regions to start their career. What’s more, there has been a significant change in the work for US pilots when the US Congress changed the mandatory retirement age for airline pilots from 60 to 65. Unfortunately, this move has also contributed to the overwhelming shortage of pilots in the US.

Low Cost Carriers in Europe Are on Big Recruitment Drives

Given the CAE’s predicted figures, Europe also has a high demand for commercial pilots – 50 thousand of new pilots will be needed in the coming 10 years. Even though the region is growing at a slower rate because of a less significant growth in certain countries, low cost carrier business model continues to rapidly expand.

Working in Europe is the best place for pilots to gain flight hours and to get an experience of operating Airbus A320 or Boeing 737 with one of European low cost operators. While the wages in this region are lower compared to the US or Asia, it is much easier for new pilots to find a job with an airline and not to struggle with insufficient flying hours.

These kinds of opportunities were not available five years ago.

Therefore, many aspiring future pilots are taking advantage of pilot shortage to get a sponsorship for their training.

If financing of training is one of the biggest obstacles for a future pilot, many of them could land their dream job in an easier way with sponsored training programs in Europe. There is also a growing number of financial solutions in the market which give a future aviator an access to education.

African Aviation Industry is Far Below its Potential

Another regions striving for pilots are the Middle East and Africa, where, given the CAE’s figures, 30 thousand of pilots will be needed in the next decade.

Africa’s aviation market is predicted to top the global charts over the next 20 years. Unfortunately, African aviation is an industry operating far below its potential. Hassan El-Houry, an author of „Fly Africa“, has stated in his book, that most of the African countries have prioritised aviation and now these countries are creating a positive impact on Africa’s economy. One important argument is that Africa needs aviation connectivity to fast-track growing and, unfortunately, due to high local governments’ support to national carriers, the outside competition is limited.

Even though Africa has a huge potential in the future, these days there exist plenty of challenges for a pilot. Aviation infrastructure there is much behind North America or Europe. Technically poor weather forecasting, limited access to Air Traffic Control, unreliable airports with limited facilities are only a few of those challenges a pilot has to face there.

Latest Technologies Brighten the Future of the Middle East Region

Meanwhile, the Middle East region is also predicted to have a bright future. In 2017, the International Air Transport Association (IATA) announced the Middle East had experienced the strongest growth in air passenger traffic globally for the fifth year in a row. Regional airlines are investing heavily in the latest technologies and services to provide passengers with world class flying experience. Airlines’ adoption of the latest technologies strongly prepares the Middle East aviation industry to meet its growth objectives.

Unfortunately, the Middle East region does not have enough training centres to supply the rising demand for future pilots. For this reason, many aspiring future pilots in the Middle East leave their residence countries to receive high quality training abroad and, in many cases, they remain employed there.

However, if you decided to start your career in this region, you should be aware of significant differences there. Despite the unbearable heat and fairly liberal culture, there also exist plenty of differences in employment law. Working people in the Middle East are not represented by a Union and if things go wrong, everyone has to think, speak and act for themselves. Moreover, when it comes to the actual candidate selection, you can expect some of the most challenging selection processes in aviation.