Pilots of Southwest Airlines Sue Boeing For Over $100 Million 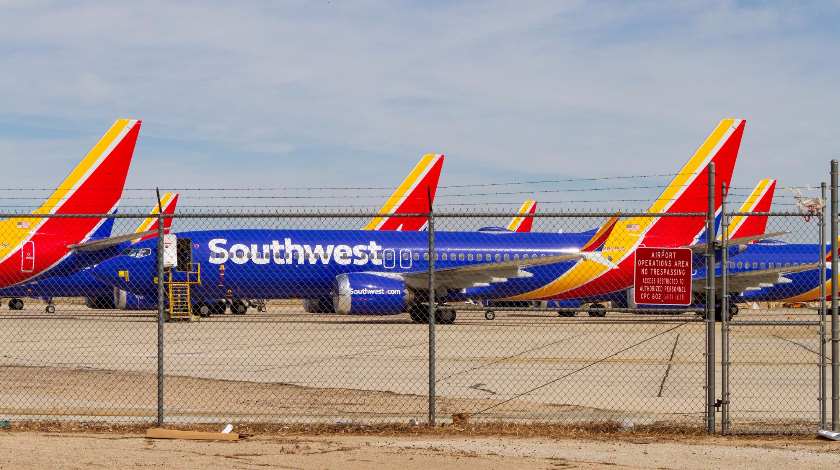 Southwest Airlines Pilots Association (SWAPA) representing over 10,000 pilots of the US airline has filled a lawsuit against the Boeing Company for $100 million over the grounded 737 MAX aircraft.

According to the media release issued by SWAPA, pilots are seeking damages in the lawsuit due to the fact that the plane-maker was “deliberately misleading the organization and its pilots about the 737 MAX aircraft”. While Boeing marketed its program as the safe to fly, two 737 MAX 8 aircraft claimed the lives of 346 people within less than six months.

Consequently, critical errors have shaken trust in Boeing, “damaged the critical bond between pilots and passengers, and reduced opportunities for air travel across the United States and around the world”.

The complain says that the union’s pilots have collectively lost over $100 million “as a result of Boeing’s false representations concerning its 737 MAX aircraft” and are continuing to lose as the aircraft is still grounded and, most probably, will not be lifted until the first quarter of 2020.

Southwest pilots say that Boeing misrepresented its 737 MAX aircraft claiming its was “safe, airworthy, and was essentially the same as the time-tested 737 aircraft that SWAPA pilots already were flying”. On the contrary, the 737 MAX planes appeared to be unreliable and distinct from previous 737 aircraft.

SWAPA claims that Boeing took the background of 737 MAX predecessors, which proved to be safe and reliable, to market its new aircraft without providing the full list of critical changes that, as a consequence, were among the reasons of fatal accidents.

Southwest Airlines is the biggest operator of Boeing 737 MAX aircraft, however, all 34 of the company’s MAX 8 aircraft were grounded as of March 13, 2019. Even more aircraft are on order. As a result, the grounding has already impacted over 30,000 scheduled Southwest flights and is expected to reduce the number of passengers up to 8% by the end of 2019.

Thus, SWAPA pilots are claiming over $100 million in damages to compensate the losses.