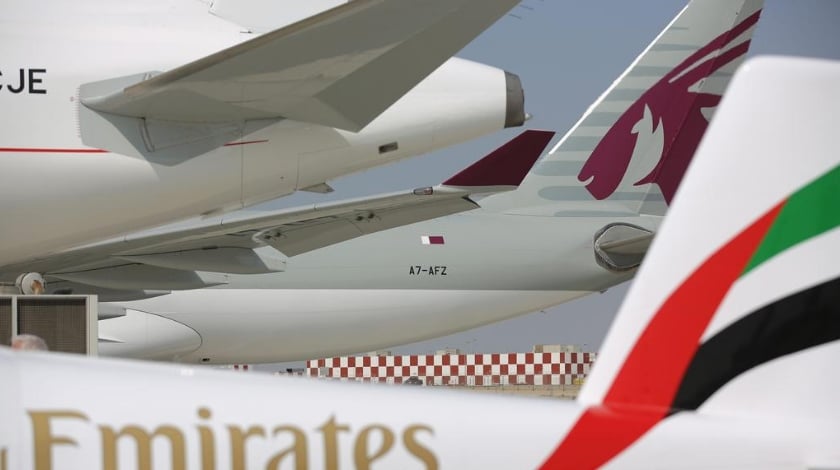 The International Air Transport Association’s (IATA) top official believes that political instability in the Middle East is posing a threat to the region’s airline industry growth.

The Middle East airline industry has not yet totally recovered from the Arab Spring – the 2010 series of protests and demonstrations across the region.

“The tourism industry in Egypt, for example, has not yet fully recovered from the impact of the Arab Spring,” he said.

“The geopolitical instability and security threats hovering in the region are not encouraging the development of air traffic. What we have seen so far is that dynamic actors are able to overcome the challenges. But the more instability you have, the less attractive the region will be.”

The CEO cited the blockade in Qatar, the war in Yemen, and the position of Iran and the Saudi-led countries as not being favourable conditions for air transport.

Speaking of the blockade, de Juniac said IATA believes that the world needs connectivity with Qatar. “We will help to establish normal connectivity between Qatar and the rest of the world. We have practically helped the International Civil Aviation Organization (ICAO) to find an appropriate corridor for Qatar Airways and for the airlines flying to Qatar to be able to have access to the country.”

He said that governments had the right to close their borders when they thought it is necessary. “They can do it but border closure has never been good news to the airline industry,” he added.

Regarding the war in Yemen, de Juniac said that uncontrolled groups were firing short-range missiles. “When missiles are fired by a state army there is no problem because it applies ICAO regulations and warns airlines. But when uncontrolled groups fire missiles, it is dangerous. That is what happened in Ukraine and it is now the case in Yemen. The missiles are not fired precisely and, in that case, there may be a need to establish a no-fly zone.”

He added that, that in the wake of the Malaysian airliner MH17 disaster (a scheduled passenger flight from Amsterdam to Kuala Lumpur that was shot down on July 17 2014 while flying over eastern Ukraine, killing all 283 passengers and 15 crew), pilot awareness of missiles had increased.

The CEO also reacted to the third version of the Trump administration’s travel ban, which the US Supreme Court allowed to go into effect on December 4. The ban bars most citizens of Iran, Libya, Syria, Yemen, Somalia, Chad and North Korea from entering the United States.

“There is little passenger traffic coming from those countries to the US. There are no direct flights between these countries and the US and that is why we believe that the operational consequence will be limited,” he said.

De Juniac said that Gulf airlines had been affected by various factors over the years. “It’s not just political instability, they’ve also been growing at an incredible (double-digit) pace. Now I think they are entering into normal waters,” he said.

“They are now growing like their peers. They are discovering the big world – facing similar issues like replanning their networks, which is normal business.”

Despite the political turmoil, IATA forecasts that Middle East carriers will see net profits improve to $600 million in 2018 – up from 300 million last year.

According to IATA, the region’s carriers face challenges to their business models, and from low oil revenues, regional conflict, crowded air space, the impact of travel restrictions to the US, and competition from the new “super connector” (Turkish Airlines).
Despite the challenges, however, there is positive momentum heading into 2018.