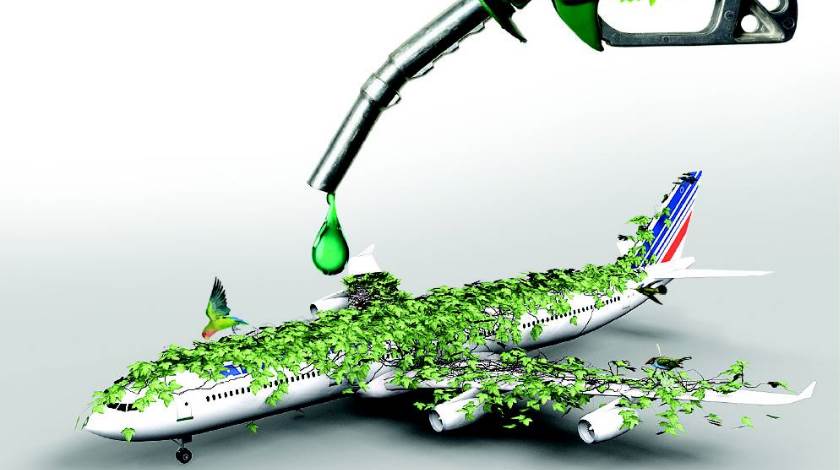 The Port of Seattle, Alaska Airlines and Boeing are partnering to move toward a significant environmental goal: powering all flights by all airlines at Seattle-Tacoma International Airport with sustainable aviation biofuel. Sea-Tac is the first U.S. airport to lay out a long-term roadmap to incorporate aviation biofuel into its infrastructure in a cost-effective, efficient manner.

At the Sea-Tac fuel farm today, executives for the port, Alaska Airlines, and Boeing signed a Memorandum of Understanding (MOU) to launch a $250,000 Biofuel Infrastructure Feasibility Study that will assess costs and infrastructure necessary to deliver a blend of aviation biofuel and conventional jet fuel to aircraft at Sea-Tac, a crucial step toward routine biofuel use in the future.

“As leaders in aviation biofuels, this will send a signal to airlines and biofuel producers that Sea-Tac Airport will be ready to integrate commercial-scale use of aviation biofuels,” said Port of Seattle Commissioner John Creighton. “Biofuel infrastructure will make Sea-Tac Airport an attractive option for any airline committing to use biofuel, and will assist in attracting biofuel producers to the region as part of a longer-term market development strategy.”

The partners’ longer-term plan is to incorporate significant quantities of biofuel into Sea-Tac’s fuel infrastructure, which is used by all 26 airlines and more than 380,000 flights annually at the airport. Sea-Tac is the 13th busiest airport in the U.S. and will serve over 42 million domestic and international passengers this year.

Joe Sprague, senior vice president of communications and external relations for Alaska Airlines, Sea-Tac’s largest carrier and leader of the airport’s fueling consortium, said the airline wants to incorporate biofuel into flight operations at one or more of its hubs by 2020, with Sea-Tac as a first choice for the Seattle-based airline.

“Biofuel offers the greatest way to further reduce our emissions,” said Sprague. “This study is a critical step in advancing our environmental goals and stimulating aviation biofuel production in the Pacific Northwest.”

The Port of Seattle will manage the $250,000 study as the biofuel roadmapping process and, as Sea-Tac Airport’s governing authority, would handle the engineering and integration of biofuel infrastructure on Port property such as the airport’s fuel farm. An RFP for the infrastructure study will be issued in the spring of 2016, and the study is expected to be completed by late 2016. Currently, aviation biofuels are not produced in Washington state and must be imported by truck, rail or barge.

Boeing, which partners globally to develop and commercialize sustainable aviation biofuel, is providing expertise about approaches to develop a regional biofuel supply chain to serve the airport, including fuel types, fuel producers, processing technologies and integration with airplanes.

“Sustainable aviation biofuel will play a critical role in reducing aviation’s carbon emissions over the long term,” said Sheila Remes, Boeing Commercial Airplanes vice president of Strategy. “Boeing, Washington state’s largest employer, is proud to work with our customer Alaska Airlines and the Port of Seattle to power every plane at Sea-Tac with a biofuel blend and lead the way for other airports to do the same.”

Approved “drop-in” aviation biofuel is blended directly with regular petroleum-based jet fuel and used in airplanes without any changes to the aircraft or engines. Using sustainably produced biofuel reduces lifecycle carbon dioxide emissions by 50 to 80 percent compared to conventional petroleum fuel, according to the U.S. Department of Energy. Since 2011, when biofuel was approved for commercial aviation, airlines have conducted more than 2,000 passenger flights with a blend of biofuel and conventional petroleum jet fuel.

The Port’s Century Agenda Goal is to reduce aircraft-related carbon emissions at Sea-Tac Airport by 25% by 2037. The key strategy to reduce these emissions is through aviation biofuel. Historically, the Port has been a leader in supporting research and development of aviation biofuels, and as models of other international airports and airlines using biofuel emerge, Sea-Tac is also developing a market-support role.

In the past five years, Alaska Airlines has become a leader in the pursuit of finding a sustainable supply of biofuels. In 2011, Alaska was the first airline to fly multiple flights using a 20 percent blend of sustainable aviation biofuel made from used cooking oil and waste animal fat.

In the next year, Alaska will partner with Gevo, Inc. to fly the first ever commercial flight on alcohol-to-jet fuel. In addition, as a partner in the Washington State University-led Northwest Advanced Renewable Alliance (NARA), Alaska plans to fly a demonstration flight next year using a new aviation biofuel made from forest-industry waste. Fuel for both demonstration flights must first be independently certified.