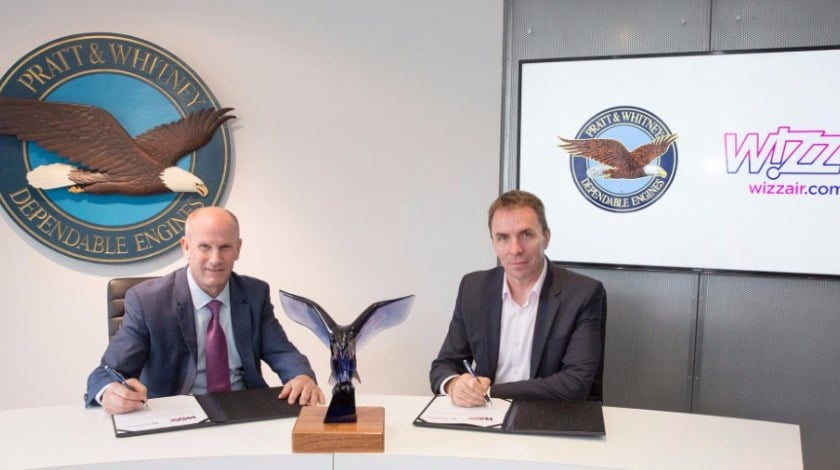 Pratt & Whitney and Wizz Air announced at the Farnborough Airshow the selection of PW1100GGeared Turbofan (GTF) engines for the 110 firm orders and 90 purchase rights the European budget carrier has placed for Airbus A320neos.

Engine deliveries are scheduled to commence in 2019. The agreement, if all options are exercised, is valued at $2.5 billion.

The Canadian carrier has 45 firm orders and 30 options for the Bombardier jets.

The arrangement will enable Air Canada “to benefit from [Pratt &Whitney’s] experience developing this ground-breaking engine technology, and provide us the long-term reliability and predictability to prove the best service for our customers,” said Richard Steer, vice-president, Air Canada Maintenance and Engineering.

In additional Pratt & Whitney Farnborough news, BOC Aviation has selected the V2500 engine for its 18 firm orders for A320ceo airliners.