Qantas A380 on Historic Flight: Directly from Australia to London 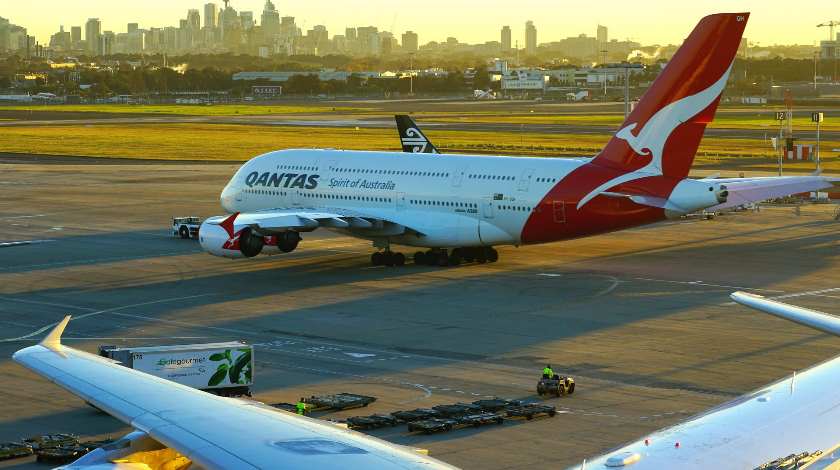 Although at these times positive news, especially in the aviation industry, are rare, historic flights are still taking place! Qantas will operate Airbus A380 passenger flight directly connecting Australia with.

On the whole, Sydney-London connection is nothing new, as Qantas has it in the schedule on the regular basis. However, there is one important note. On the Sydney-London route there is an interim stop in Singapore.

Before Qantas suspends its international operations due to the coronavirus, the last Airbus A380 flight is scheduled to depart from Sydney. But there a problem has occurred. Singapore’s Changi Airport already banned transit passenger flights from 24 March. Thus, the flight from Sydney to London via Singapore is not possible.

A dozen of passengers are willing to leave Australia and Australians are hoping to get back home. The flight is a key connection and has to be operated. And will be. Only the transit fuel stop will be made not in Singapore but in Darwin, in the north of Australia.

The carrier will fly from Sydney to Darwin for a 90-minute stop and then continue with nearly 17-hour flight onwards to London. Then, the Qantas plane will get back to Australia keeping the same scheme. This is a very effective and timely solution the airline has come up with.

And this is what makes this connection so special, a direct connection between Australia and London. This will be the first Airbus A380 passenger flight directly linking two destinations.

While aviation is going through extremely hard times, while aircraft are grounded, airports are closed, there is still some, although not much, place for record-breaking historic moments.