Qantas and Jetstar to Cancel All International Flights 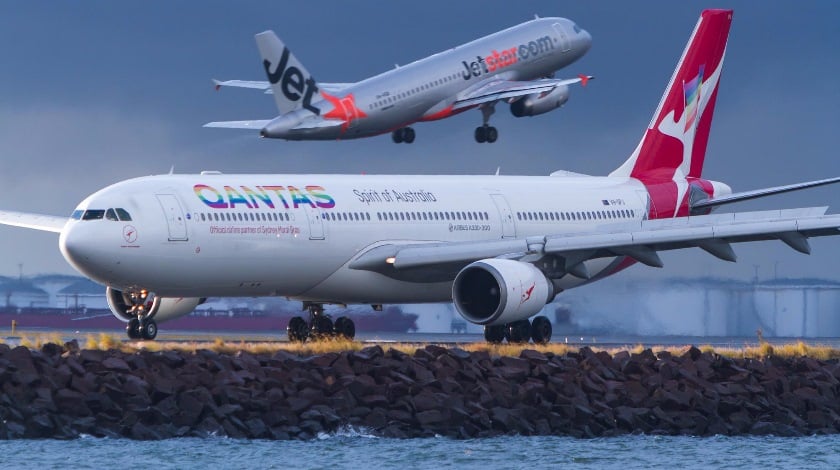 Qantas Group has announced about new cuts, suspensions and groundings of its fleet following daily drops in travel demand, limitation of entries into many countries and attempts to contain the spread of the coronavirus.

If earlier this week Qantas expected to reduced international capacity by 90% and domestic flights by 60%, now the situation is way different.

From end of March until at least end of May, 2020, Qantas and Jetstar will suspend all scheduled international flights. Nevertheless, the company said it is in talks with the Federal Government on the possibility to maintain at least some of the key connections.

While Qantas airline will still operate scheduled and repatriation flights until the end of March, Jetstar has already implemented some changes in its international operations.

What concerns domestic network, the 60% cut will be implemented. While Qantas Group airlines will continue to operate “to almost all Australian domestic and regional destinations that Qantas, QantasLink and Jetstar currently operate to”, this drop will mostly come from changes in flights’ frequency.

These drastic measures in response to the global health crisis will result in temporarily grounding of over 150 aircraft, including all of Qantas’ Airbus A380s, Boeing 747s and Boeing 787-9s and Jetstar’s Boeing 787-8s.

Meanwhile, freighters are expected to operate at full capacity. Also, the airline planes to utilise some of domestic passenger planes for freight-only flights.

No doubts, all these changes will greatly affect 30,000 Qantas Group’s employees. The company said it will do as much as possible to preserve working places.

“No airline in the world is immune to this, with the world’s leading carriers making deep cuts to flying schedules and jobs. Our strong balance sheet means we’ve entered this crisis in better shape than most and we’re taking action to make sure we can ride this out”, said Alan Joyce, Qantas Group CEO.