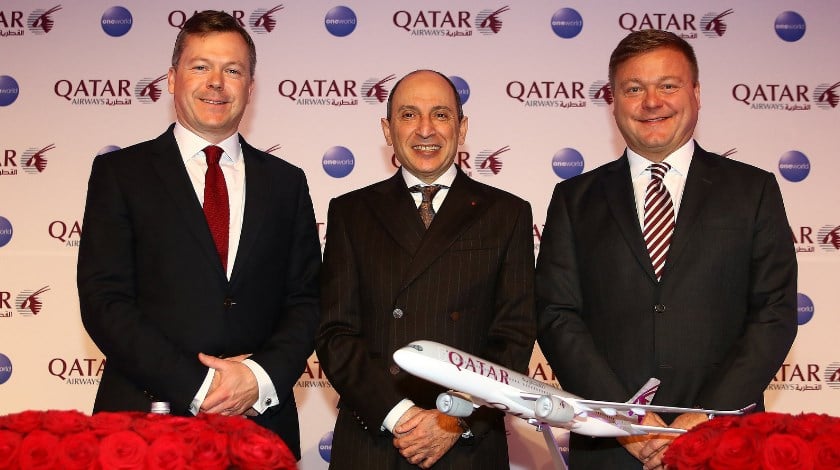 Spread across four continents, the new routes will further expand the reach of the airline’s network, and will include the world’s longest flight, between Doha and Auckland, New Zealand.

H.E. Mr. Al Baker remarked: “Qatar Airways prides itself on being a global connector, and most importantly, providing seamless and convenient connections for our customers, so that we remain their airline of choice. These new destinations are where our customers want to go, and where we see the most opportunity to provide a best-in-class experience at great value. We look forward to growing our network and welcoming new passengers to Qatar Airways.”

The Italian city of Pisa, starting on 2 August with daily non-stop A320-family service from Doha, will be the fourth Italian destination for Qatar Airways, joining Venice, Rome and Milan.

Service to Sarajevo (Bosnia) will start on 7 September, with three flights per week on A320-family aircraft.

Daily non-stop flights from Doha to Helsinki (Finland) will start on 10 October, offering new connections between oneworld hubs. Three times weekly service between Doha and Skopje (Macedonia) in November. Both new cities will be served with A320-family aircraft.

Qatar Airways will return to Nice (France) by summer 2017, with five flights per week with wide-body aircraft.

Marrakech (Morocco) will begin in July, three times per week, from Doha on the airline’s Boeing 787 Dreamliner aircraft.

Four flights per week between Doha and Windhoek (Namibia) will begin on 28 September.

Daily scheduled service to the Seychelles will resume on 12 December.

In January, Qatar Airways will offer three flights per week from Doha to Douala (Cameroon) and Libreville (Gabon) utilising one aircraft. Non-stop service, three times weekly from Doha to Lusaka (Zambia) will begin by summer 2017.

Daily service to Auckland – Qatar Airways’ first route to New Zealand, and what will be the world’s longest flight – will begin on 3 December. Qatar Airways will use the Boeing 777 aircraft for this route.

The introduction of the new destinations comes two years after the opening of Qatar Airways’ hub, Hamad International Airport. The airport, one of the most technologically advanced modern airports in the world, serves more than 28 million passengers annually – and is set to grow up to 50 million in 2018.

The addition of new routes has also consistently taken place in parallel with the growth plans of the Qatar Airways fleet. As the global launch customer of the Airbus A350 and the Middle East launch customer of the Boeing 787 Dreamliner, introducing next-generation aircraft is of key importance to the overall growth strategy. On average the airline receives a new aircraft once every 10 days, and the average age of the fleet is less than four years.

Qatar Airways recently started service to Los Angeles, USA on 1 January, Ras Al Khaimah, UAE on 2 February and Sydney on 1 March. The airline will begin service to Boston, USA from 16 March; Birmingham, UK on 30 March; Adelaide, Australia from 2 May; Yerevan, Armenia from 15 May and Atlanta, USA from 1 June.

Qatar Airways welcomes all guests at ITB this week to visit its new exhibition pavilion at the trade fair. This year reveals a completely redesigned exhibition stand in Hall 22B, stand 207 from today until 13 March. The airline’s latest brand campaign theme ‘Going Places Together’ is reflected in the redesign and activities, with the focus on bringing travellers closer together.