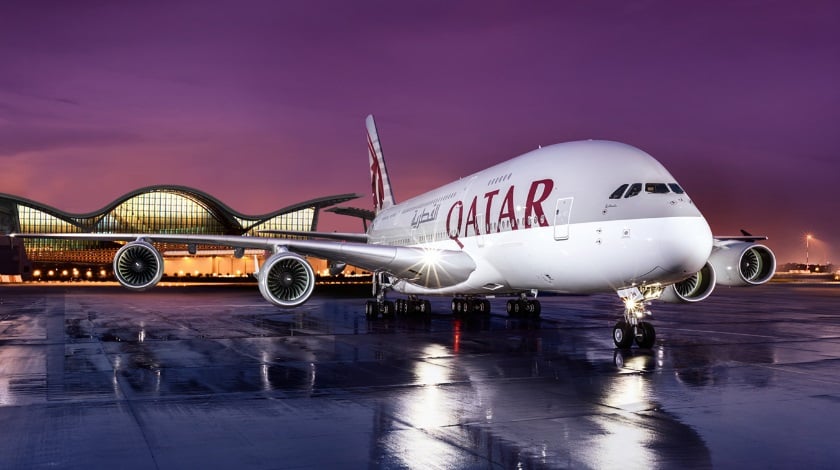 Presently the world’s three longest flights are Dallas to Sydney (Qantas), Johannesburg to Atlanta (Delta), and Abu Dhabi to Los Angeles (Etihad). Emirates has the intentions of launching a route between Dubai and Panama City, which would be the world’s longest, as it’s 10 miles further than Dallas to Sydney.

However, that route has already been delayed by two months due to abysmal sales on it, so we’ll see if the route actually ever gets off the ground.

If these new routes happen, they’d be the world’s two longest flights by a long shot (nearly 500 miles):

Emirates doesn’t even fly nonstop from the Middle East to New Zealand, as they instead operate their New Zealand flights with one stop service through Australia.

But are ~9,000 mile nonstop flights even realistic? Qatar Airways has only nine 777-200LRs, so they’d have to take them off other routes, as these two flights would require four of them.

Furthermore, is this flight even within the operating range of the plane? According to Wikipedia, the 777-200LR has a range of 8,555nm, which is ~9,800 miles. These routes would both be very close to the limits when you factor in winds, the need for additional fuel, etc. I suppose it’s possible these flights will be operated as “tag” services from their existing South America and Australia flights, though the article makes it seem like both of these flights will be nonstop.

Qatar Airways launching the world’s two longest flights would be interesting, as they’d even beat Emirates with nonstop service between the Middle East and New Zealand. On one hand, Qatar’s CEO made a very specific statement, while on the other hand he’s known to be a big talker.