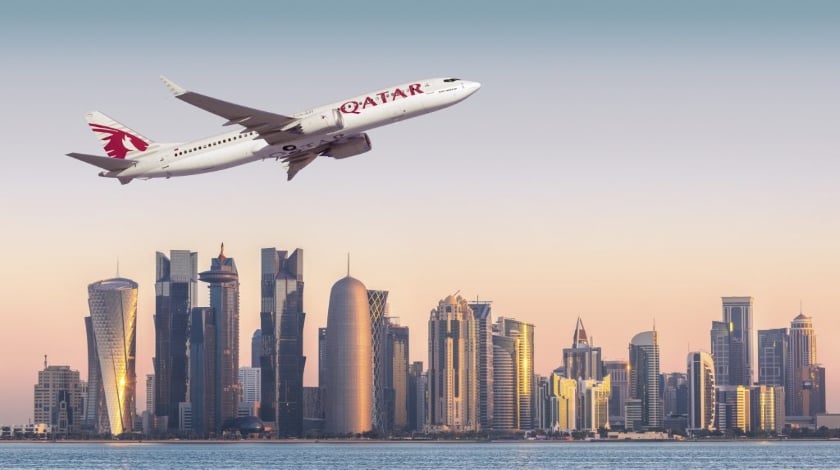 The beginning of June has matched with a serious diplomatic row that occurred between Qatar and several Arab Gulf states.  Major safety concerns that darkened the sky over Qatar’s neighbours because of its links with terrorist groups encouraged Egypt, Saudi Arabia, the United Arab Emirates and Bahrain to cut all the diplomatic and economic ties with Qatar and to exclude all the Qatari aircraft from their airspace.

Consequently, political differences have exploded into a full-blown regional crisis, which is considered the worst since the 1990 invasion of Kuwait by Iraq and the subsequent Gulf War. So, how is Qatar aviation industry coping with the sanctions introduced? What actions would be taken by Qatar Airways? Let’s get detailed.

Does Closure Of The Sky Mean Violation Of The International Law?

News about the airspace ban ran around the world with the speed of light. None could deny that this is one of the hottest topics widely discussed by everyone who keeps ears open for the information on the current situation in the world. People are supporting either Qatar, or other Gulf states, however, before coming down in favour of any of the parties, it is important to have some points of the situation fully clarified. So, what is important to take into consideration?

Recently, Akbar al-Baker, the chief executive officer of Doha-based airline, Qatar Airways, has confirmed that Bahrain and the UAE had no legal right to block the airspace, because it does not belong to them, it belongs to the international community.

Unsurprisingly, this statement was met with a barrage of criticism. Fellow Arab states refused to agree with the announcement and denied violating international laws by cutting flights. According to Saudi Arabia’s General Authority of Civil Aviation, the closure of its airspace was within the kingdom’s sovereign right to protect its citizens from any threat.

Similar statements were issued by the UAE and Bahraini aviation authorities, too. The UAE’s General Civil Aviation Authority (GCAA) also issued a statement saying that the UAE has a legal right under international law to impose restrictions that guarantee the security and safety of its airspace from any risk.

Thus, all the three states consider their actions to be a precautionary measure.

First of all, current air ban significantly contributed to the decrease of the air traffic to and from Qatar as strong measures implemented against Qatar served the reason for dozens of daily flight cancellations.

Due to the fact that Qatar is almost completely encircled by Bahraini airspace that covers a large part of Gulf waters, and its planes usually cross Saudi airspace on their way to the rest of the Middle East, Africa and South America, now Qatari aircraft have to make long diversions by using Iran’s airspace and skirting the southeastern tip of the Arabian Peninsula to avoid Saudi territory. For instance, flights to North Africa are now travelling over Iran and Turkey towards the Mediterranean, instead of flying more directly over Saudi Arabia and Egypt.

Therefore, most of flights to Europe seem to be unaffected thanks to the Iran route, as Qatari aircraft have to make only a small diversion to avoid Bahraini airspace. However, aviation analysts claim that Iran has its own advantage in opening airspace to over 100 Qatari flights daily. Particularly this contributes to the increase of Iranian air traffic by 17%.

Secondly, longer diverts led to flight time increase what might bring the number of passengers down. Undoubtedly even services of the highest quality will not make people want to stay on board longer.

However, the GCAA of UAE emphasizes that ban does not apply to private companies and charter flights which can continue to use the country’s airports or transit through its airspace to and from Qatar.

Thus, prior to using the UAE’s airspace, private companies and other airlines will be required to submit their requests to the GCAA at least 24 hours in advance, and provide the list of names and nationalities of crew, passengers and cargo carried by the aircraft.

Qatar Airways, one of the youngest and fastest-growing airlines in the world, recently has been literally on the peak of its glory. So, a very bothering question does appear, whether current events will influence the airline and give any twists in its development.

Although the airline celebrates its further achievements, chief executive officer of Qatar Airways, Akbar al-Baker, says that some worries over the current situation exist. The most important thing for an airline is to have a gateway in and out of the country.

In the interview with Al Jazeera, the CEO of Qatar Airways said that the airline is a financially very strong company and it will persevere. It takes care of all of its clients regardless the fact whether they choose to travel by Qatar or after booking the flight change their mind. In the last case the airline gives passengers their refund.

Nevertheless, negative impacts are impossible to avoid. It is not a secret that Saudi Arabia and the UAE are two largest markets Qatar Airways works with and the loss of connection with them might lead to severe economic consequences. According to the report released by CAPA Centre for Aviation, almost 90% of Qatar Airways traffic through Doha is transit. Thus, the lack of cooperation of these markets might wipe out approximately 30% of airline’s revenue.

Further fact worth to be highlighted is that Qatar Airways is the largest foreign carrier operating in the UAE. Therefore, a part of transit traffic is likely to be scooped up by the airline’s competitors Emirates and Etihad. Experts believe that the particular danger might come from Emirates as they are able to catch the traffic with their A380 aircraft.

Although experts state that the ban threatens Qatar Airways position as a major transcontinental carrier, the airline is not ready to give up. The airline vowed to continue expanding regardless the fact its state owner is sanctioned by neighbouring countries.

Recently the airline released its 2016-2017 annual report which revealed a 21.7 per cent year-on-year net profit increase. During the year which ended in April, Qatar made significant investments and partnerships; launched 10 new destinations; and a number of innovative on-board product developments while its modern fleet to 196 aircraft.

At the same time, the statement says that the airline intends to introduce 24 new destinations in the next year, including ultra long-haul routes to Santiago de Chile and Rio de Janeiro. Also, Qatar Airways is set to expand its fleet by adding 66 Airbus SE A350 planes over the coming five years.

“Qatar Airways continues to operate to the rest of its network as per its published schedules with day-to-day adjustments for operational and commercial efficiencies, which is standard airline practice,” the company said in the statement.

Who Made The Right Decision?

Undoubtedly, terror threats should be considered and reduced in order to guarantee secure life. However, everyone views the situation from different perspective and, consequently, this results in various types of rows, which might explode into major crises.

AirInsight’s analyst is convinced that Qatar aviation industry has already felt the negative impact of the ban. The process of airspace tightening automatically indicates the growing amount of various problems. Thus, many countries try to soften the crisis and make arguing Gulf states arrive at a reasonable conclusion.

It is possible that the ban will leave a stamp on the reputation of Gulf aviation in general, but it is impossible to predict. So, the time will show what to expect.