Radical New Aircraft ‘Flying-V’. What Is It? 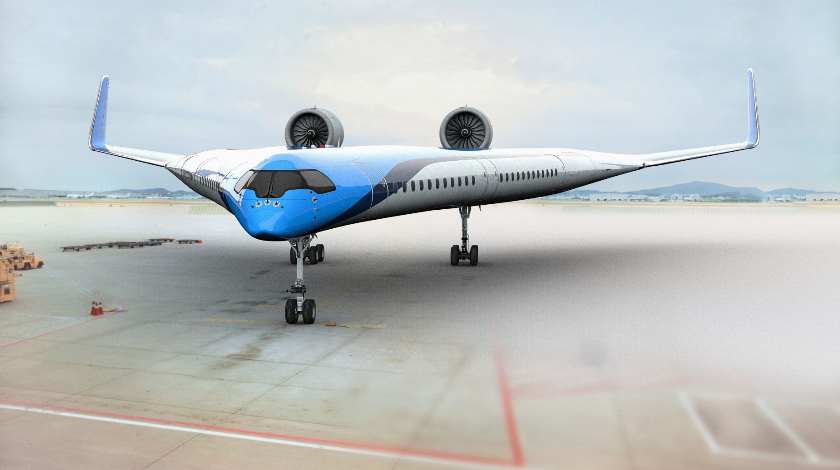 Attempts to make aviation more sustainable are endless. It is even hard to recount how many ideas and concepts were presented to the world of aviation. Electric aircraft, solar-powered aircraft, planes run by aviation biofuel.

One of the recent entrants onto the stage of innovative solutions for sustainable aviation is the ‘Flying-V‘ concept. It is not only about the ways to power aircraft, it is also about a wholly new and radical aircraft design. Possibly, the design which might lay the foundations for planes of the future. Especially for the widebody planes flying on long-haul flights.

The bold move comes from Europe. It is KLM Royal Dutch Airlines, the flag carrier of the Netherlands which announced about its contribution towards the Delft University of Technology (TU Delft) research into an innovative flight concept known as the ‘Flying-V’.

The airline and university has signed a new cooperative agreement to work together on making aviation more sustainable. To make it Flying-V.

One of its main features is already present in the name of the concept. V. The aircraft is projected to be V-shaped what makes aircraft design to stand out from the ordinary ones with a standard shape of a fuselage.

However, the future aircraft can be compared to the one already soaring the sky today – Airbus A350. Flying-V will be a bit shorter than the A350 but the wingspan length will be the same. Wondering why? 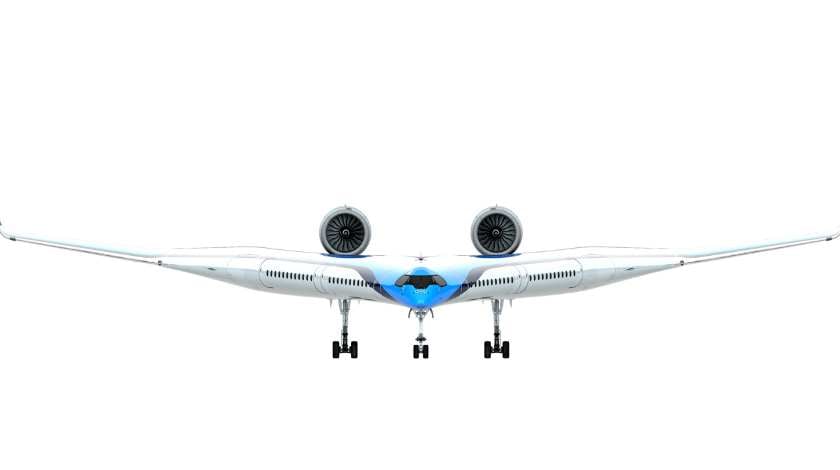 When manufacturing a new plane, a lot of details should be taken into account. The company has to think not only how efficient and well-structured it will be. Also, it should considered where and how it will move when being on the ground: airport gates, runway length, hangars where aircraft could be stored.

This way, making it similar to the A350 will allow to fit the Flying V anywhere the A350 fits.

Although looking massive, the aircraft weigh will be less than the A350. This, in turn, means that the Flying-V will use 20% less fuel than the Airbus A350.

Most of flying public know the fact that in the aircraft fuel is stored in the wings. But what about enjoying the views of the earth beneath from the wings? It could be a reality with the Flying-V as its design will integrate in the wings not only fuel tanks but also the passenger cabin and the cargo hold.

The peculiarities of the interior design were not revealed, but passenger comfort is also taken into account.

Also, the airline said in a standard configuration the Flying-V will carry the same number of passengers as the A350 – it mean 314 – and the same volume of cargo, 160m3.

Thus, KLM’s commitment to better aviation is undebatable and, reasonably, there comes a question: how will the Flying-V be powered?

In a statement the airline explained: “the Flying-V is propelled by the most fuel-efficient turbofan engines that currently exist. In its present design it still flies on kerosene, but it can easily be adapted to make use of innovations in the propulsion system – by using electrically-boosted turbofans for example”.