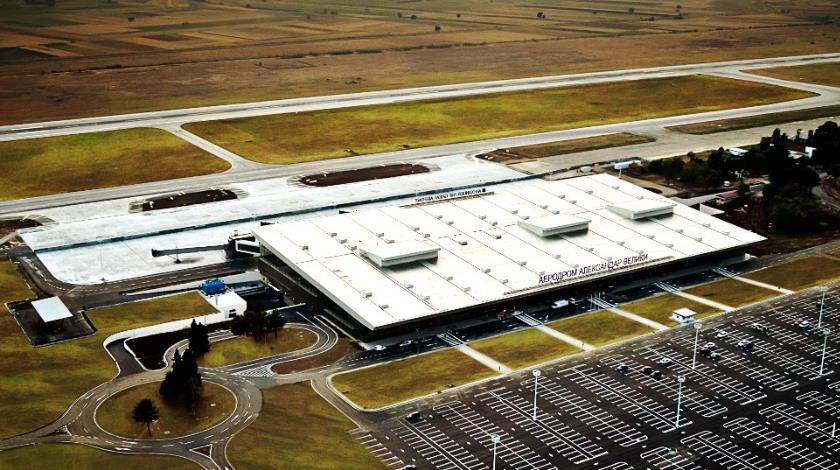 Macedonia’s two international airports have seen record passenger numbers in 2015, with the two handling a combined total of 1.560.381 travellers. The figure represents growth of 22% compared to 2014, with Skopje Alexander the Great Airport positioning itself as one of the fastest growing in the former Yugoslavia. Alper Ersoy, TAV Macedonia’s Deputy General Manager for Operations, tells EX-YU Aviation News that the addition of six new routes from Skopje and two from Ohrid fuelled growth in 2015.

“Indeed 2015 was a successful year for us especially in terms of traffic figures at both Skopje and Ohrid airports. We have noted a significant traffic increase at both, which is much higher than the European average. This is the result of our marketing activities, know-how and networking. This record number of transported passengers comes also as a result of new routes that have been introduced over the past few years”, Mr Ersoy says.

During 2015, Swiss International Air Lines launched services from Geneva to the Macedonian capital, while Wizz Air introduced an additional five new routes and based its third aircraft in the city. Furthermore, the budget airline inaugurated flights from Ohrid to Basel and London.

Skopje Airport is increasingly drawing passengers from neighbouring countries, with Wizz Air’s growing network from the Macedonian capital becoming an appealing alternative for many travellers in the region.

“An important highlight in 2015 was that the number of passengers coming from neighbouring countries, or the so-called catchment area, increased dramatically. This confirms our aim for Skopje Airport to become a main traffic hub in the region”, Mr Ersoy notes.

In 2016, TAV Macedonia plans to further boost passenger numbers and improve service quality by extending the list of non-aviation related services offered at its two airports, such as free wireless Internet launched last year for passengers at Skopje Airport.

In 2016 Wizz Air will launch three new routes out of Skopje (Bratislava, Berlin and Copenhagen), while Czech Airlines will introduce services from Prague. Recently, the Macedonian Civil Aviation Agency noted that talks were taking place with several “world-renowned” carriers over possible flights to the country. Mr Ersoy confirms that while TAV Macedonia is constantly in talks with airlines, it takes time to “convince” these carriers.

“For the time being there are no official announcements. We are constantly communicating with airlines and tour operators to attract them to Macedonia, but, as you would appreciate, it takes some time to convince them. Once a final decision is made by the carrier, we will gladly announce it”, the Deputy General Manager for Operations says. He adds, “Nevertheless, we would like to point out that one of the biggest tour operators in Europe, Thomas Cook, will launch charter flights to Ohrid during the 2016 summer season. Furthermore, a novelty for Ohrid Airport are the announced charter flights from Israel, which, along with traditional flights from the Netherlands, Belgium, Switzerland and Austria, will contribute to a greater influx of tourists”.