Record Year for Vienna Airport and Optimistic Perspectives for 2016 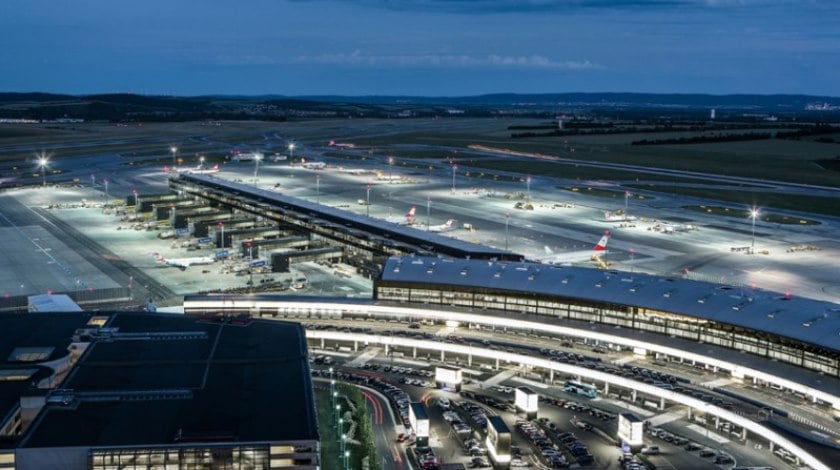 2015 was a record year for Vienna Airport. The 4-Star airport handled 22.8 million passengers in spite of the crisis- and strike-related challenges. This corresponds to a year-on-year rise in passenger volume of 1.3%. The growth drivers were primarily new long-haul routes, new destinations and frequency increases. The outlook for 2016 remains optimistic. Flughafen Wien AG expects passenger growth in the range of 0% and 2% as well as an increase in its revenue, EBITDA and net profit.

“2015 was a successful year for Vienna Airport. We registered a record passenger volume of 22.8 million travelers and expanded the flight offering by adding new destinations and flight connections originating in Vienna. In particular, middle- and long-haul routes showed strong growth, more than compensating for the crisis-related decreases on other routes. This demonstrates that our aviation strategy is working. One special highlight in 2015 was the 4-Star ranking granted to the airport and the award for the best airport staff in Europe. As a result, Vienna Airport plays in the same league as international flight hubs such as Amsterdam-Schiphol, Paris-Charles de Gaulle and London-Heathrow. This year the further development of our service strategy continues to be an important focus of our operations. On balance, we are optimistic with respect to 2016. Even though the ramifications of the crisis situations prevailing in individual regions are perceptible, we still anticipate passenger growth of between 0% and +2% in the year 2016“, explains Julian Jäger, Member of the Management Board of Flughafen Wien AG.

“The year 2015 proceeded well for the company. We will exceed our financial targets for 2015 thanks to the resolute implementation of our strategy designed to reduce costs and enhance productivity. In accordance with traffic estimates for 2016, we expect revenue of more than € 675 million, EBITDA surpassing € 280 million and a net profit of at least € 105 million. The Airport City is also continuing to develop. Five companies located business operations at the airport site, raising the number of employees by about 500. Moreover, the ground-breaking ceremony for the new MOXY hotel at the airport will soon take place. Vienna Airport is moving in the right direction and is well positioned for the future”, says Günther Ofner, Member of the Management Board of Flughafen Wien AG. “The acquisition of real estate from Raiffeisen Hermione provides Vienna Airport with more than 25,000 m² of additional development property in its core area of operation. An international logistics investment in the Fischamend Business Park is about to be finalized, adding up to 40,000 m² of new building infrastructure.”

Vienna Airport reported a total of 22,775,054 passengers in the year 2015, comprising a rise of 1.3% from the prior-year level. In particular, new long-haul routes, new flight connections and frequency increases on the part of the airlines had a positive impact on passenger volume. In contrast, the crisis situation in Russia negatively affected airport operations. In terms of traffic development, local flight traffic was the key growth driver in 2015, rising by 3.2%, whereas the number of transfer passengers fell by 3.6%. The number of flight movements (starts and landings) decreased slightly by 1.7%, and capacity utilization of the aircraft (seat load factor) dropped marginally by 0.7 percentage points to 74.3%. Cargo volume (air cargo and trucking) also showed a negative development, and was down by 1.8% to 272,575 tonnes.

Higher passenger volume to North America, Middle East, Africa and Western Europe
Passenger traffic to North America expanded by 9.0% compared to the previous year, which is mainly due to Austrian Airlines’ addition of Miami as a flight destination and its increase in frequencies to Newark. Traffic also developed well to the Middle East, showing passenger growth of 8.2%. The number of passengers flying to the Far East rose by 3.8%. Vienna Airport showed an increase of 5.3% in passenger traffic to Africa. In particular, the crisis prevailing in Russia negatively impacted traffic to Eastern Europe, which fell by 5.3%. In contrast, passenger volume to Western Europe was up by 1.9%.

Top destinations in 2015: Western Europe – Frankfurt, Eastern Europe – Moscow, Long-haul routes – Bangkok
The highest number of passengers flying from Vienna Airport to Western European destinations was registered by Frankfurt with 598,015 passengers, followed by London with 512,032 and Zurich with 481,952 passengers. Moscow was the most popular destination in Eastern Europe, attracting 254,640 passengers, ahead of Bucharest with 187,539 and Sofia with 163,156. Dubai was the top destination in the Middle East with 225,718 passengers, followed by Tel Aviv with 161,585 and Doha with 68,935 travelers. Bangkok was the most popular long-haul route, registering 112,782 passengers from Vienna, ahead of Tokyo with 71,603 and New York with 70,869 travelers.

Austrian Airlines Group accounts for the largest share of passengers

A ranking of the airlines by the number of passengers flying to/from Vienna Airport shows the Austrian Airlines Group in the number one position with 45.6% of all passengers, followed by NIKI with 10.6%, airberlin with a 6.4% share and Lufthansa with 3.9 %. The top ten airlines at Vienna Airport also include germanwings/Eurowings, accounting for 3.9% of passenger traffic, Turkish Airlines with a 2.1% share, British Airways with 2.0%, Emirates with 1.7%, SWISS with a share of 1.6% and finally easyJet, which generated 1.5% of passenger volume. The average seat occupancy declined slightly from 75% in the year 2014 to 74.3% in 2015. Vienna Airport was regularly served by 75 airlines in 2015, offering flight service to 181 destinations in 73 countries.

Malta Airport reported record traffic results, with the number of passengers reaching an all-time high of 4.618.642 passengers, a rise of 7.7% compared to 2014. Košice Airport handled 410,446 passengers in 2015, comprising an increase of 15.1% from the prior-year level.

Vienna Airport expects a slight increase in the number of passengers in the range of 0% to +2% in 2016, as well as a stable development in the number of flight movements of between -1% and 0%. From today’s perspective, impetus to growth is expected to be provided by the launch of flight service to Shanghai (CN), Bari (IT), Havana (CU) and Isfahan (IR) by Austrian Airlines, the new destinations of Faro (PT), Split and Dubrovnik (HR) added by NIKI, as well as new routes and expanded flight service on the part of easyJet, Eurowings, Jet2com, SAS, Transavia, Vueling, Europe Airpost, Aegean Airlines and SunExpress, amongst other reasons.

Against this backdrop, the Management Board of Flughafen Wien AG is fundamentally optimistic with respect to its business outlook for 2016. Revenue is expected to rise to more than € 675 million, and Flughafen Wien AG aims to raise EBITDA to more than € 280 million. From today’s point of view, the consolidated net profit after tax should reach a level of at least € 105 million. Net debt of the company should be further reduced to fall below € 400 million. Investments are expected to amount to about € 95 million in 2016.