Rescue Of ‘Blinded’ RAF Pilot Who Was Guided Down By Colleague 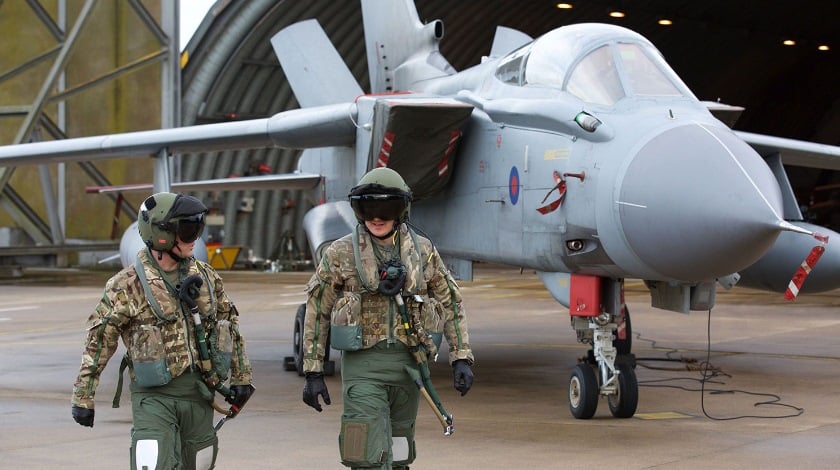 AN RAF fighter jet pilot who suddenly lost his sight while on a training flight was guided down to safety by a colleague who raced to his aid, it has emerged.

Leading airmen described the rescue at RAF Leeming as “amazing” – saying the 622mph maximum speed Hawk T Mk 1 combat planes would still have been travelling at 115mph when they landed at the North Yorkshire station.

It is understood the pilot’s vision suddenly became so limited during a routine solo training sortie last Thursday (January 28) that 100 Squadron commanders considered asking him to eject into the North Sea as they viewed the chances of him being able to land safely as slim.

Concerns over the pilot sustaining ejection injuries and the loss of the Hawk – which cost about £30m – led to a senior pilot responsible for the training of joint terminal attack controllers being dispatched from the airfield in an attempt to talk him down and “act as the blind pilot’s eyes”.

An RAF spokesman said: “To assist in the recovery of the aircraft to RAF Leeming, the pilot used the radio to request the assistance of a wingman and was promptly joined by another aircraft from the same squadron.

“The impaired pilot flew in formation back to RAF Leeming with the other aircraft where the pilot landed the aircraft uneventfully. “Flying in formation, and conducting an approach to land as a formation, is a daily skill practised by RAF fast jet pilots.”

Pilots said the operation could have been made more difficult by the increasingly turbulent and cloudy conditions which developed over North Yorkshire last Thursday.

The RAF has declined to name either of the pilots, due to security concerns, but it is understood both were experienced and at least one of them had flown missions in Iraq and Afghanistan.

The RAF also refused to comment on the condition of the stricken pilot, whose sight is thought to have been lost due to an eye infection.

North Yorkshire-based former RAF pilot Martin Withers, who captained the first Vulcan bomber to bomb Port Stanley airfield during the Falklands War in 1982, said the rescue operation had been remarkable and praised the RAF for focusing on formation flying in training.

He said the stricken pilot must have retained a small amount of vision to see his instruments and his colleague’s jet.

Mr Withers, who lives near Thirsk, added: “The pilots need to be congratulated on getting the plane and the pilot back in one piece.

“We always play incidents like this down, but losing sight is a worst nightmare for a pilot, it would have been terrifying. “He was lucky there was someone available at the time.”

He said: “This would have taken a lot of skill on the part of both pilots.” It is believed the rescue operation is among the first involving fast jets.

In 2008, a pilot who suddenly lost his sight while flying a two-seater Cessna aircraft at 5,500ft was guided to RAF Linton-on-Ouse in North Yorkshire by an RAF plane. Pilot Jim O’Neill, 65, was overhead at RAF Leeming in Northallerton when he encountered difficulty and sent a mayday alert before being shepherded him down with instructions over the radio.