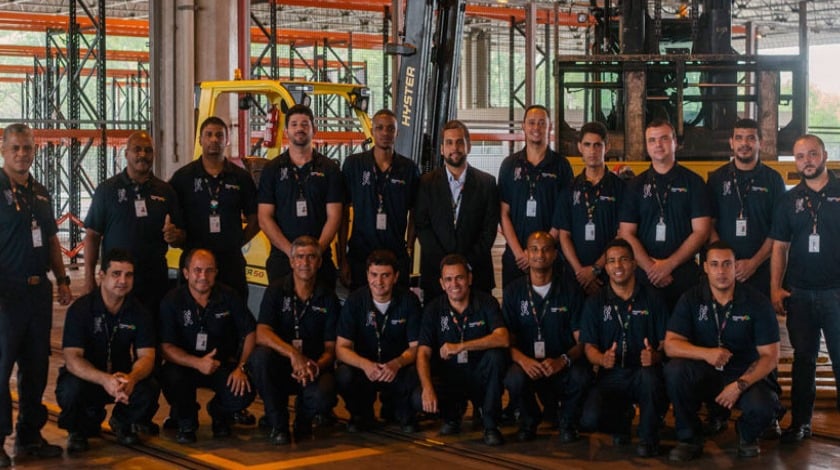 Rio de Janeiro-Tom Jobim International Airport’s cargo terminal – RIOgaleão Cargo – is ready for the Rio Olympic Games and has built a warehouse especially for imports and exports related to the Games.

Just three weeks away, the RIOgaleão Cargo terminal expects to see an increase of 2,000 tonnes in cargo imports during the event from 5-21 August.

The initiative ensures both the terminal’s regular and Olympics operations are conducted smoothly, running in parallel with separate dedicated teams and infrastructure.

The airport’s Olympic Warehouse measures 2,800 square metres with additional areas available as contingencies, especially during the busy period immediately after the Games and operates 24/7 with dedicated staff and equipment from the airport.

It has already received some 700 tonnes of broadcasting equipment, merchandising and other materials destined for the Games.

Emirates, LATAM Airlines, Lufthansa, Cargolux Airlines and Atlas Air are among freighter operators that have already confirmed or operated dedicated Olympics charters into Tom Jobin, while 12 charters will bring in the 300 plus horses that will participate in equestrian events.

RIOgaleão Cargo director, Patrick Fehring says: “Since the beginning of the airport concession in August 2014, we have invested almost $30 million Brazilian Reals ($9.1 million) to improve our infrastructure and operational performance.

“The Olympics are a great opportunity to demonstrate our new capabilities and show the global market all that we have done to become one of the most modern and efficient gateways in Latin America.”

Fehring stresses regular cargo operations will continue as usual, and that the cargo processing times seen today are the terminal’s lowest in three years.

“Our biggest concern, of course, is with our regular customers. Our space is fully adapted to carry out both regular and ‘Olympic’ operations without one interfering with the other, mainly because today we are operating at less than 50 per cent of our total storage capacity,” he says.

RIOgaleão Cargo has embarked on an operational improvement program to consolidate its position as one of the leading airfreight gateways in Latin America.