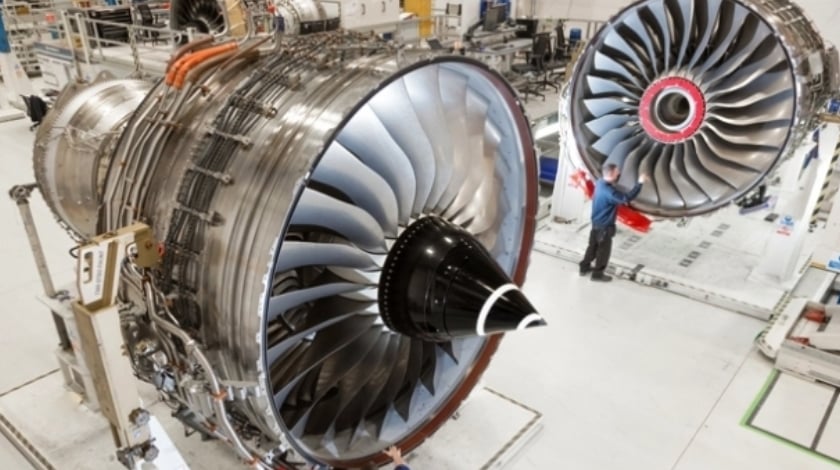 Rolls-Royce announced today that it has despatched the first ‘shipset’ of four engines as part of its largest ever order, for Emirates.

The Trent 900 engines left the Rolls-Royce site at Derby, UK, where they were assembled, for Airbus in Toulouse, France, where they will be fitted to an A380 aircraft.

Rolls-Royce is providing Trent 900 engines and TotalCare service for 50 Emirates A380s, the first of which will enter service later this year.

“This is an important milestone in delivering the largest order in our history for a highly-respected customer. We look forward to celebrating Emirates’ first Rolls-Royce powered A380 flight and ensuring the entire fleet has a smooth entry into service.”

The order from Emirates was announced last year and confirmed the Trent 900 as the engine of choice on the four-engine A380. It has now secured more than 50 per cent market share on the aircraft, in addition to being selected by the majority of A380 customers. Emirates recently confirmed that it will operate an additional two A380s that will be powered by the same engine with TotalCare service support.

The launch of the Trent 900 received UK Government support and components for the Trent 900 are manufactured by Rolls-Royce facilities across the UK including Sunderland, Bristol, Ansty, Barnoldswick and Inchinnan, Scotland. The Trent 900 is assembled in both Derby and Singapore.

The Trent 900 powered the first commercial A380 in 2007 and is now used by eight operators on more than 70 aircraft, having logged nearly five million in-service flight hours. The engine offers the lowest lifetime fuel burn, with the latest version including technology developed for the Trent XWB and Trent 1000 engines.