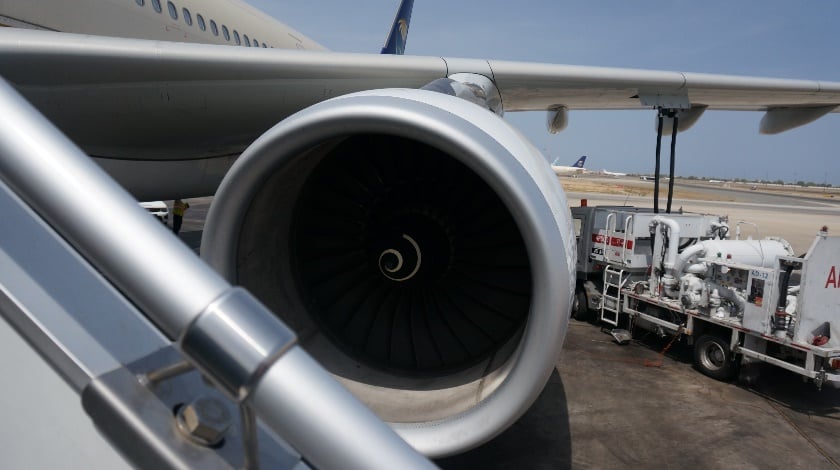 Rolls-Royce is celebrating today after the first member of the Trent family to enter service, the Trent 700, has completed its 50 millionth flying hours.

This achievement, equivalent to flying around the world more than one million times, occurred while around 380 Trent 700 powered Airbus A330 aircraft were in flight around the world.

A team of colleagues watched the clock tick over, drawing on data delivered by Rolls-Royce’s Airline Aircraft Availability Centre in Derby, UK, where engineers use pioneering data analytics to monitor the health of Rolls-Royce engines across the world, 24 hours a day.

This milestone, which underlines the popularity and dependability of the Trent 700 engine, comes as Rolls-Royce uses the experience gained from developing and operating the engine to prepare for the entry into service of the Trent 7000, the exclusive powerplant for the A330neo, later this year.

The 68-72,000lb thrust Trent 7000 will deliver a step change in performance and economics compared to the Trent 700. Benefitting from a bypass ratio double that of its predecessor, the Trent 7000 will improve specific fuel consumption by ten per cent, and will significantly reduce noise.

The Trent 700 was the first member of the Trent engine family and has played a significant role in transforming Rolls-Royce into a truly global company. With 1,600 of the engines in service today, representing 36 per cent of Rolls-Royce’s installed widebody fleet, the Trent 700 has been Rolls- Royce’s best-selling engine, helping to increase its widebody market share from 13% in 1995 – when the engine was first introduced – to more than 50% by the early 2020s.

The Trent 700 continues to make waves as it prepares to power the first flight of the Beluga XL, Airbus’ next-generation super transporter aircraft, later this year.

Dominic Horwood, Rolls-Royce, Director, Customers and Services – Civil Aerospace, said: “The Trent 700 is an iconic engine. As the first of the Trent engines it set an extraordinary precedent that helped redefine Rolls-Royce’s role in the civil aerospace sector and we are thrilled to celebrate this milestone.

“As we prepare for the entry into service of its successor, the Trent 7000, this is also a great reminder of the strong foundations on which that engine has been built.”