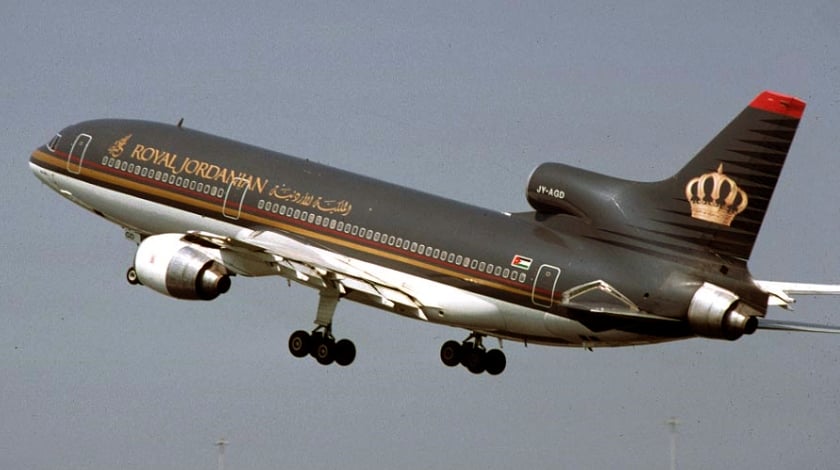 In a meeting held on March 13, 2016, Royal Jordanian’s Board of Directors, presided by Chairman Suleiman Hafez, endorsed the company’s audited financial results.

The figures show that Royal Jordanian registered a net profit before tax of JD21 million in 2015, while in 2014 it had registered JD49.5 million net losses before tax.

The net profit after tax reached JD16 million, while in 2014 the company had registered JD39.6 million in net losses.

Hafez attributed the growth to the efficiency and loyalty of the staff, and to the company’s keenness to implement the company’s business plan 2015-2019.

The plan focuses on constant renewal of the fleet and review of the route network, restructuring in all areas, taking measures to increase revenues and reduce operating costs, working to increase the company’s market share, looking for available growth opportunities, all the while improving the quality of services and maintaining the airline’s leading position in the Levant.

Hafez expressed satisfaction with the company’s positive results that can be considered a quantum leap, particularly at this point in time when air transportation is strongly affected by the instability in Jordan’s neighboring countries which negatively influences travel and tourism both to the kingdom and the Middle East. These positive results will help the company continue the current restructuring process.

Hafez pointed out that in the first nine months of 2015, the company registered JD27 million profits before tax. Air traffic is seasonal in nature. Normally airlines, RJ included, achieve better financial results in the second and third quarters, which witness active traffic, particularly during the summer season, whereas the first and last quarters of each year usually see a drop in the number of travellers. However, the airline achieved JD21 million at the end of 2015.

The chairman said that the fall in fuel prices last year partially offset the drop in revenues; that was due to lower ticket prices imposed by fierce competition in the sector. The lower fuel prices also helped offset some of the JD12.3 million losses incurred due to suspending destinations like Sana’a and Aden for security reasons.

Hafez also pointed out that the operating efficiency had a role in reaching these positive results. RJ shut down a number of stations in light of their weak economic feasibility and, consequently, reduced the number of its aircraft.

At the same time, RJ started reaching new destinations, like Tabuk, Najaf, Ankara, Jakarta and Guangzhou, the last to be launched next week.

Hafez added that last year, the company increased the frequency of flights to certain destinations in response to the greater demand for travel, particularly in the peak seasons.

For instance, the flights to Aqaba increased from 11 to 16 weekly, with changes to the flight schedules to meet passengers’ needs.

Flights to eight destinations are still halted due to security reasons; they are Damascus, Aleppo, Mosul, Tripoli, Benghazi, Misrata, Sanaa and Aden.

Hafez reminded that RJ is a prominent Jordanian success story that owes its success to its employees’ capability and expertise, which helped it overcome difficulties throughout its history.

He said that RJ is constantly looking for new and promising opportunities to increase revenues, enhance competitiveness and improve its air and ground services in a way that enables it to run safe and seamless flights and to achieve its vision of being the airline of choice that connects Jordan and the Levant with the world.

The airline staff members are determined and dedicated to continuing to improve the company’s overall performance in order to meet its aspired goals, added the chairman who also expressed RJ’s pride in being the national carrier of Jordan under the leadership of His Majesty King Abdullah Bin Al Hussein, and one of the country’s economic pillars and major contributor to the nation’s progress at all levels.