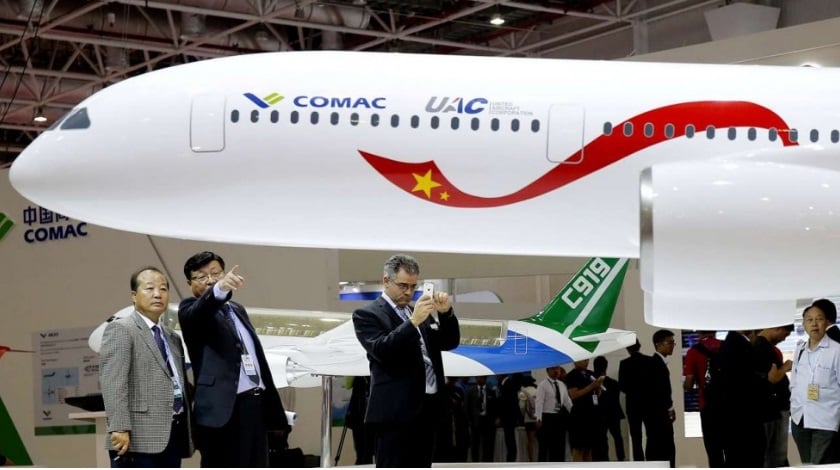 The Board of Directors of China-Russia Commercial Aircraft International Corporation (CRAIC), the joint venture between Russia’s United Aircraft Corporation (UAC) and China’s COMAC, has approved the critical design review (CDR) of the widebody long-haul airliner family dubbed CR 929, to be designed jointly by the two countries. UAC confirms that the program has passed the Gate 2 milestone and is now moving into the next development phase.

The board also approved the associated organizational structure and regulatory documents, including CRAIC’s statute and budget. The company was registered in China in late March 2017, and was inaugurated by the Chinese and Russian partners in Shanghai in May.

The next stage, to begin in 2018 and continue until mid-2019, will involve defining the design and selecting system and equipment suppliers. The current completion deadline is slightly behind the initial schedule, which called for Q4 2018 or Q1 2019.

A UAC source revealed that CRAIC is taking full control of the program starting from 2018, just as planned earlier. This year, the effort has been jointly managed by working groups within the UAC and COMAC.

The CR 929 program got its official name in September 2017, but its origins go back to 2012. According to the initial plan, the UAC was to be responsible for the wing, center-wing section, high-lift devices, engine pylons and main landing gear struts. COMAC, for its part, was in charge of manufacturing the empennage, fuselage sections, nose gear, radome, and wing fairings.