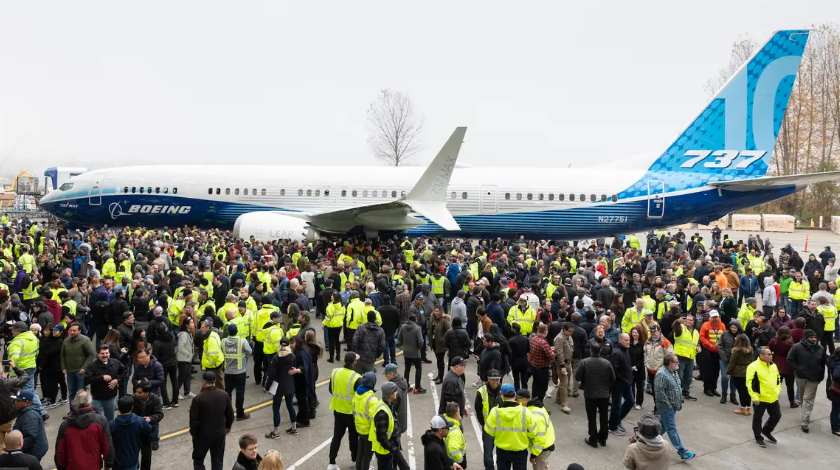 First it was Boeing 777X which secretly debuted in view of tragic events and turbulence that Boeing had been hit in that time. Now, it is Boeing 737 MAX 10, even when another member of this troubled family, 737 MAX 8, is grounded all over the world.

The 737 MAX 10 is the largest aircraft of the MAX family, which can seat up to 230 passengers, although with the shortest range (3,300 nm or 6,110 km). Now the plane will undergo system checks and engine runs prior to first flight next year.

According to Boeing, this “secret” debut was about the people who created it rather than about the aircraft itself.

“I’m honored to take this airplane on its first flight and show the world what you’ve put your heart and soul into,” 737 Chief Pilot Jennifer Henderson told the employee crowd.

Following the two crashes involving Boeing 737 MAX aircraft, which took the lives of 346 people in total, it is difficult to predict the future of the newest variant. The 737 MAX aircraft is not expected to return to flying until 2020.

Nevertheless, Boeing said that 737 MAX 10 has more than 550 orders and commitments from more than 20 customers around the globe.