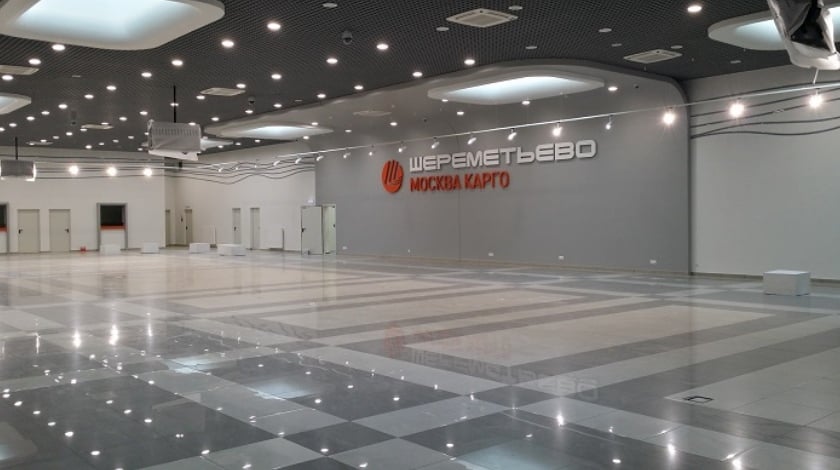 Sheremetyevo International Airport successfully completed construction of automated Moscow Cargo terminal with the an area of 43,000 m2 and annual capacity of 380 thousand tons of cargo.

Implementation of this unique project was carried out within the framework of the program of Sheremetyevo Airport’s development and modernization for the 2018 FIFA World Cup and the far future. Commenced in March 2016 and completed in July 2017, the construction works were performed within a very short time, in an intensive mode and with a high quality.

Rostekhnadzor (Russian Federal Service for Ecological, Technical and Atomic Supervision) issued the statement of conformity of the new cargo terminal to requirements of technical guidelines, regulatory acts and design documentation, including requirements of energy efficiency and availability of devices at the facility to meter energy resources to be used. In its turn, Rosaviatsiya (Federal Agency of Air Transport) issued the permit to put the new cargo terminal into operation.

The new cargo terminal meets all modern requirements in the area of ground cargo handling, to a considerable extent exceeds the level of technical equipment of similar facilities in Russia and thus creates favorable conditions for further development of the global cargo hub at the premises of Sheremetyevo Airport in partnership with Volga-Dnepr Group and Aeroflot PJSC.

At the moment, works at the facility are being carried out to test equipment for cargo handling and storage, as well as to test information systems.

The new cargo terminal is equipped with the following:

Moscow Cargo LLC is planning to start the terminal’s commercial operation in September 2017 upon completion of start-up and commissioning works and receipt of all licenses and authorizations required to carry out activities as the temporary storage warehouse keeper at the new cargo terminal.

In autumn 2017 reconstruction of Starosheremetievskoe highway is to be completed, which will considerably improve accessibility of Sheremetyevo Airport and the new Moscow Cargo terminal by transport.