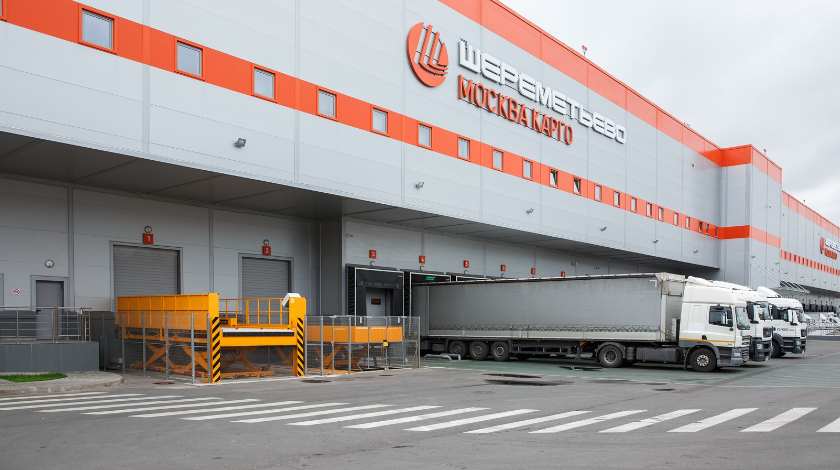 Sheremetyevo International Airport JSC and Moscow Cargo LLC, with the support of the Ministry of Industry and Trade of the Russian Federation, held a presentation of the cargo complex to their Chinese partners as a part of the strategy for development of Russian-Chinese cooperation in the field of air transport.

Participants in the event included the First Deputy General Director of Sheremetyevo International Airport JSC Andrey Nikulin, First Deputy General Director – Chief Operations Officer of Moscow Cargo LLC Mikhail Chuvilkin, Deputy Head of Department of Asia, Africa and Latin America of the Ministry of Industry and Trade of the Russian Federation Alexey Meshkov, President of the Russian-Asian Union of Industrialists and Entrepreneurs Vitaly Mankevich, Chief Representative of China Council for the Promotion of International Trade Representative Office in Russia and the China Chamber of International Commerce in the Russian Federation Mr. Xu Jinli, representatives of Sheremetyevo Customs and top managers of Chinese airlines and their key consignees in Russia.

A visit to the Sheremetyevo modern cargo complex was organized for the participants, during which representatives from Moscow Cargo LLC introduced the guests to the technical capacity of the new terminal and showed the operation of the automated cargo handling and storage systems.

“We managed to achieve outstanding results in the development of international cooperation thanks to the Sheremetyevo airport’s efficient long-term planning and large-scale investment program. We understand the needs of airlines and are ready to meet them in full”, declared Andrey Nikulin, First Deputy General Director of Sheremetyevo International Airport JSC in his speech.

“The new infrastructure allows us to fully comply with our customers’ high requirements and even exceed their expectations. One of the greatest advantages of our terminal is the availability of areas for express cargo handling. Today, speed is the main requirement the customers set. Speed provides a competitive edge”, said Mikhail Chuvilkin, First Deputy General Director–Director for Production of Moscow Cargo LLC, in his statement.

The new cargo terminal at Sheremetyevo is designed to satisfy growing market demand and to offer advanced high-quality infrastructure for handling cargo and mail destined to China. The terminal was built drawing on the experience of global industry leaders. The use of automated cargo storage and handling systems enabled us to reduce cargo handling and packaging time, make tracking transparent, and expand the area of IT interaction with customers and airlines.

Factoring in the high growth rates of cargo turnover, the completion of the second stage of the cargo terminal is scheduled for 2022.

The steady growth of product turnover is only possible when the transport infrastructure is well-developed. Today, Sheremetyevo is the only airport in Europe to service eight Chinese airlines. The route network connecting Russia and China comprises 19 destinations. In 2018, passenger traffic between Sheremetyevo and Chinese airports exceeded 2.36 million people, a 14% increase on the 2017 figures. The import of goods from China to Sheremetyevo soared over 40%, while exports saw a 20% increase. Sheremetyevo has a strong lead in the market of the Moscow Air Cluster, with a share of 47.12% for passengers and 62.79 for cargo, according to last year’s results.

The advanced and projected infrastructure at Sheremetyevo airport creates all the necessary conditions for Chinese airlines and importers to expand their presence in the Russian market long-term thanks to the airport’s efficient cargo hub operations.