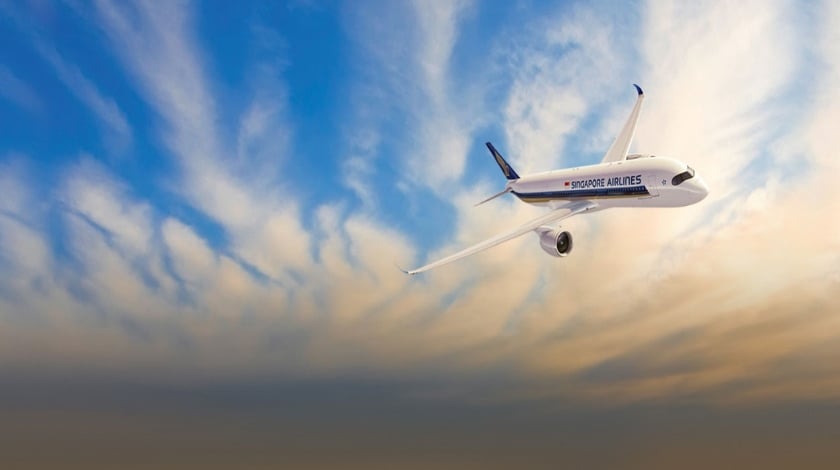 Singapore Airlines has launched its new Singapore-San Francisco service, linking Singapore with the US West Coast on a nonstop basis.

The new flights will be operated daily using Airbus A350-900 aircraft.

The aircraft deployed for the inaugural flight is Singapore Airlines’ sixth A350-900, which also happens to be the 10,000th aircraft delivered by Airbus. This milestone aircraft was received at a special ceremony in Toulouse, France earlier this month and has a “10,000th Airbus Aircraft” logo on the fuselage.

The new flights are the longest in the Singapore Airlines network. Flying time will range between 14:35 hrs and 17:45 hrs depending on direction and time of year.

With advanced technology and superior operating efficiency, the A350-900 offers customers an improved travelling experience with features such as higher ceilings, larger windows, an extra wide body and lighting designed to reduce jetlag.

Singapore Airlines took delivery of its first A350-900 in March and now has six of the aircraft type in its fleet, with another 61 on firm order, including seven of the ultra-long-range A350-900ULR variant. Singapore Airlines is the launch customer for the A350-900ULR, for which deliveries will begin in 2018. The aircraft will be used to re-launch nonstop flights between Singapore and both New York and Los Angeles.

SIA serves San Francisco twice-daily, with the other flight operating via Hong Kong. Singapore Airlines also serves the US cities of Los Angeles via both Seoul Incheon and Tokyo Narita, Houston via Moscow, and New York JFK via Frankfurt. (Houston services will be operated via Manchester rather than Moscow with effect from October 30, 2016).