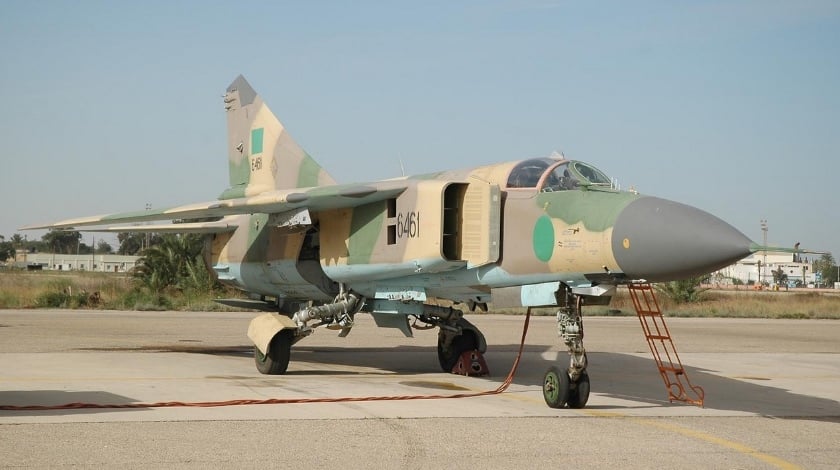 Six people were killed when a Libyan Air Force (LAF) MiG-21 fighter jet crashed into a house in the Watar district to the south of the city of Tobruk.

According to the Libya Herald newspaper, the dead include the pilot and LNA Air Brigadier Saleh Joudah, the commander of the Gamel Abdul-Nasser airbase in Tobruk.

The LAF is the air-wing of the Libyan National Army (LNA), which is loyal to the House of Representatives (HOR) government in Tobruk and militarily opposed to the rival UN-sponsored Presidency Council government, which commands a different army of militias from the capital Tripoli.

Four civilians were also killed on the ground when the aircraft struck the house and blew up. The aircraft was reportedly returning from a bombing mission on Islamic State (IS) positions in support of a coalition of military forces which are pursuing a counter-terrorism operation known as ‘Operation Dignity’.

The cause of the crash has not been revealed. Since 2013, the LNA has lost some helicopters and at least five fighter jets – mostly old Soviet-era MiG-21s and MiG-23 – to technical failure leading to crashes, botched take-off and landing.

Some have been downed by anti-aircraft fire from the many opposing militia forces. Among the recent losses, a MiG 23ML was shot down over Benghazi on January 21, 2016.

The last operational Libyan Air Force MiG-23UB was shot down by anti-aircraft fire over the city of Benghazi on 12 February 2016, four days after the downing of another MiG-23MLD on February 8, 2016.

After losing all the MiG-23s, the LAF was left with one Sukhoi Su-22 and up to 15 MiG-21 fighter jets. However, most of the aircraft have been cannibalised for spare parts to keep a few air-borne.