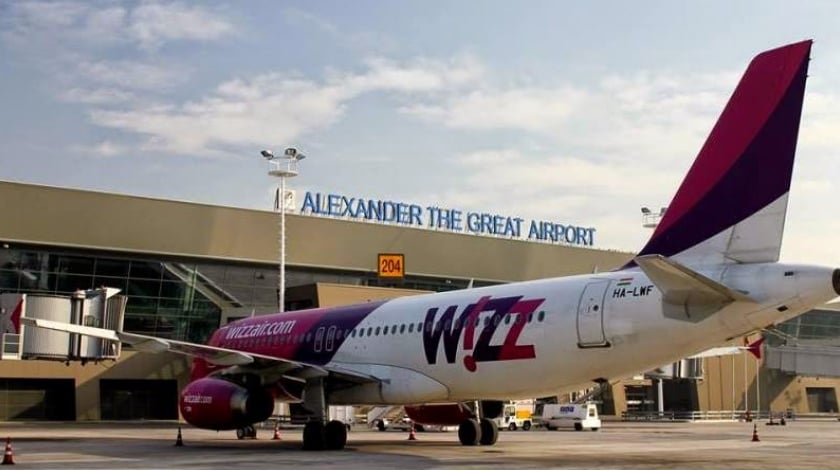 Skopje Alexander the Great Airport is heading for another year of record growth with six new routes confirmed so far for the upcoming summer season and a number of carriers adding frequencies.

Low cost airline Wizz Air will again fuel the growth at Macedonia’s largest airport with a fourth aircraft to be stationed in the city this July, paving the way for the launch of four new routes including Budapest, Rome, Malta and Vaxjo.

While the new flights to the Italian capital will effectively replace Alitalia’s service from the city, which was suspended last year due to internal restructuring, both Malta and Vaxjo will be served from Skopje for the first time.

Furthermore, Wizz Air is boosting frequencies on a number of routes with Eindhoven, Memmingen and Cherleroi increasing from two to three weekly, Gothenburg up from three to four weekly, and Basel and Malmo increasing from five weekly to daily services.

Qatar Airways will be introducing four weekly flights to Skopje this summer, adding competition to both Turkish Airlines and Flydubai, which rely on a significant number of transfer passengers on their respective services to the Macedonian capital. Furthermore, Czech Airlines will resume operations from Prague, while Adria Airways will increase frequencies on its Ljubljana – Skopje service.

The General Manager of TAV Macedonia, Alper Ersoy, has said that talks are underway with the low cost Eurowings over the introduction of flights from Dusseldorf and Munich.

“If the talks prove successful, passengers will not only benefit from new flights to Germany but also from intercontinental links, offered by parent company Lufthansa”, Mr Ersoy said.

Skopje Airport ended 2016 by handling 1.649.374 travellers. This January, the airport recorded passenger growth of 12.3%. “We do not want to estimate how many passengers we will handle this year, but instead, we can say that according to our projections, we expect an increase bigger than the European Union average and greater than the region’s average“, Mr Ersoy said.

Skopje Airport held the title for the fastest growing capital city airport in the former Yugoslavia for two years, in 2013 and 2015, before it was overtaken by Podgorica Airport last year. Skopje’s closest competitor is Pristina Airport, which last year welcomed 1.743.208 travellers.